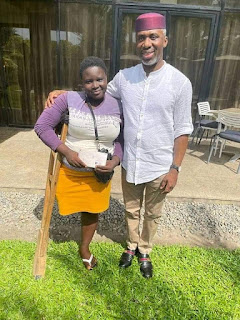 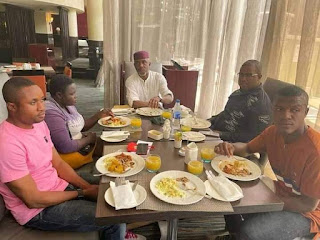 - Calls on Nigerians to support her

Former Chief of Staff, Imo State Government and President Ugwumba Centre for Leadership Development in Africa, Ugwumba Uche Nwosu on the 9th of April 2021 stumbled upon the viral picture of Miss Mary Daniel who was seen hawking bottled water in Lagos State on Social Media despite being an amputee, moved by her situation, Chief Nwosu started a search on her and in less than 24hours, found out that she hawks at popular Oshodi market.

Upon getting her contact details, Ugwumba Uche Nwosu took a flight to Lagos State immediately and scheduled a breakfast meeting with Miss Mary at Lagos Island on Sunday the 11th April, 2021, after an interview with her, she told Ugwumba that she wanted to setup a provision store to carter for herself, two year old daughter and aged mother.

Nwosu also called on Nigerians to support Miss Mary Daniel and others who are facing challenges across the country, he also urged Nigerian youths to effect better change and touch lives using social media, he appreciated those who released the pictures of Miss Mary so the world would see and come to her aid.

26 year old Miss Mary who hails from Anyigba Local Government Area in Kogi State had an accident at age 11 which led to the amputation of her right leg. 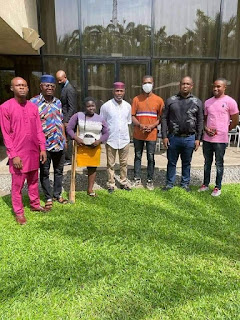 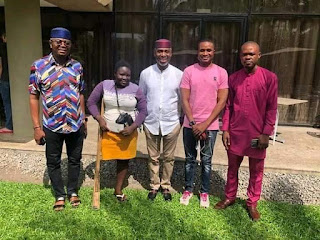 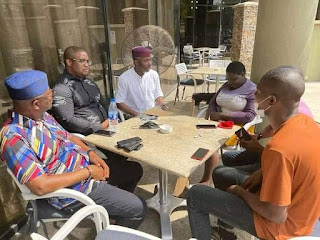