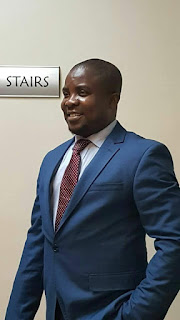 Chief Ehirim Tobechukwu Justice is a dedicated, devoted God -fearing person, who is an epitome of humility, simplicity and ingenuity.

He is greatly focused on social and economic development, youth and women empowerment, career and talent improvement.

He is very concerned about creating the most conducive working environment for the efficient performance of the people towards the proper utilization of their natural, material and financial resources aimed at achieving results.

Chief Ehirim Justice through discipline, hard work and persistence built a career and empire that stretches through South Africa to Nigeria.

He is a clear example of how the past does not determine the future and that entreprenuerial success can be achieved with courage, persistence, hard word and discipline

Chief Ehirim Justice's achievements and impact have earned him numerous awards and recognition in Nigeria and Africa. He has been nominated for Arise Africa Achievers Award 2021 by  Arise Afrika Magazine  for his vision, enterprise and contributions towards youth development across Africa

University of the Wits Watersrand, Johannesburg.

Served as a Pharmacist in training. Ordering, Receiving packaging, pre-packing,

distributing, dispensing, issuing of pharmaceutical medicines; and involved in researches

both community based and clinical. Patient education and training and mentoring of New

Interns and assistants. Advising Doctors, Nurses and other health professionals on the

efficient, cost effective and current use of new and existing medicaments and their

As a Pharmacist, managed the Ante-Natal, Ward-Service, Emergency and the OPD

Pharmacies of the Specialist Hospital. Contributing in the team of other pharmacy

employees to select, specify and adjudicate appropriate medicaments for use in the Ekiti

State Metropolis and environs for tropical and other related diseases. Ordering, Receiving

Advisory Committee (MAC) of the Hospital. Budget and manage adherence to stipulated

budget of the department; and make submissions for state hospital policies.

Provision of on-the-spot critical drug related advice to clinicians in the ICU. Management

of the ICU pharmaceutical supply chain. Training of Intern Pharmacists and Assistants as prescribed by Laws and regulations.

4. (b)Coordination of the Pharmaceutical Supply Chain of the Chris-Hani Baragwanath

Hospital and report to the Chief Pharmacist. Establishing the trends in monthly usage and

instituting a Re-order level based on the recurring ABC Analysis. Establishment thereof an optimal Minimum and Maximum Order Quantities. Ordering, receiving, inspecting of all pharmaceutical items entering the hospital. Negotiating with the help of the Chief

Pharmacist the terms of buy-out items with supplying companies and the Gauteng Medical Supplies Depot, Auckland Park. Handling of Pharmaceutical Supply complaints from the wards and the various pharmacy Departments. Sitting on the Drug and Therapeutic Committee of the Hospital. Manage the Main Warehouse staff, Train Pharmacy Intern and Assistants according to the Law, and rendering of a monthly report to the Drug controller, the Chief Pharmacist and or the Senior Medical Superintendent in the absence of the former

5. Coordinator and Manager: Design and Establishment of Themba Lethu ARV, and

of its type in Johannesburg, Gauteng Province, 2005).

As a Responsible Pharmacist, lead the design, establishment, registration by MCC and the

ARV Pharmacy in Helen Joseph Hospital (The First of its type). Also served as pilot project

in the Gauteng province after the Project Tokiso initiative of Gauteng Dept. of Health.

Practice as stipulated in the South African Pharmacy Act of 1953 as amended, the

(SAPC) regulations, the Treasury regulations and instructions in South Africa and all other

Acts, Edicts, policies, regulations in pursuit of the strategic objectives of the Gauteng

Tasked by the Exco to coordinate the brainstorming, source and acquire resource persons,

expert advice, lead the sessions, compile and cascade the recommendations to all the

various Departments of the Hospital, enabling them to produce an adapted document. In

Reduction in Waiting-Time for Patients in Gauteng Public Health

institutions as pilot, monitor, review and report to the Directorate on progress with respect

to reduction in waiting times, and improvement on quality pharmaceutical service delivery.

Ensure proper receiving, storage and distribution of stock in the warehouse by managing:

• the Records and receipts of Stock in the depot;

• Samples to be submitted to the Lab immediately upon receipt and the results thereof,

Development, Implementation and monitoring the use of standard operating procedures

(SOP’s) and the reviews when necessary.

• The issue and distribution of stock in the province according FIFO/FEFO/ SOP’s.

• The monitoring and management of the outsourced transport contractor.

• Capacity of the Gauteng Medical Depot; For instance, build additional fridges and stores or

adjusting/reshuffling storage spots of specific items as the need arises.

• The conduct of yearly and cyclic Stock counts, producing reports thereof; and making

strategic recommendations as a result to the provincial Departmental authorities.

To manage the requisition, evaluation, procurement and delivery circles in the supply chain of All

Medical, Pharmaceutical and Sundry items to the over 3000 respective Health Facilities including

12. Member, USAID/SCMS Re-engineering TOP Team for the Gauteng Dept. of

Health 2012-2013). To appraise, critique and or uphold policies, operational and administrative

systems at Gauteng MSD so as to improve health delivery services.

Participate in the Bid Specification of identified items and when necessary, Bid

Adjudication of some pharmaceutical and sundry items and or services needed in the MSD.

JOHANNESBURG IN THE ENTIRE HISTORY OF HUMANKIND

Ladies and gentlemen, I preset to you Ehirim Tobechukwu Justice