He is the founder and Executive Vice Chairman of Chrome Group, a Nigerian conglomerate with interest in oil trading, biofuel, insurance, dredging and logistics

He is prominent philanthropist and has given millions to causes in education and health. In 2013 he donated $ 1 million to polioPlus, an international polio eradication programme promoted by Rotary International, and has reportedly donated an estimated $18 Million worth of books and computers to African schools through Sir Emeka Offor Foundation

Sir Emeka Offor net worth is $ 5.8 Billion making him one of the richest men in Nigeria

Sir Emeka Offor was born on the 10th of February 1957 to Mr and Mrs Benneth Offor in Kafachan, Kaduna, Nigeria. He hails from Irefi Oraifite in Ekwusigo local government area of Anambra State, Nigeria.

On the 10th of May 2019, Offor received an honorary Doctorate Degree in Entrepreneurship from the Nnamdi Azikwe University. He is married and blessed with children.

Sir Emeka Offor taught in his Alma Mata – Abbot Boys High School, but quit after a short while. He was convinced there were better opportunities for him outside his home town. Therefore, he left his village with his father’s former colleague – Pa Geoffrey Abadi to Warri, Delta State.

In Delta, he got a job as a transport clerk with Rivways Lines Nigeria Ltd – a company that imports bitumen products. While working with Rivways Lines, Pa Abadi encouraged him to learn the rudiments of the business. Subsequently, Pa Abadi helped Emeka in purchasing and supplying small quantities of bitumen to smaller companies.

In a space of two years, Emeka Offor started supplying bitumen to bigger companies like Julius Berger Nig. Ltd, Guffanti Nigeria Ltd, Fougerolle Nigeria Ltd, etc. He was successful in business because of his dedication, integrity, commitment and business acumen.

He is the founder Sir Emeka Offor Foundation (SEOF) which he established  to help people in need become independent and self-sufficient.

Awards And Recognitions of Emeka Offor

Past Chairman of the Governing Council of Imo State Polytechnic, Umuagwo

Knight of Saint Christopher of Church of Nigeria, Anglican Communion

Humanity Award from the Kpakpando Foundation for Physically Challenged Persons 2012 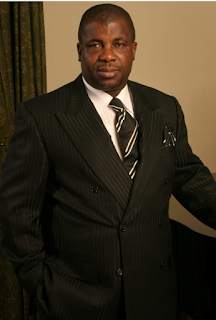