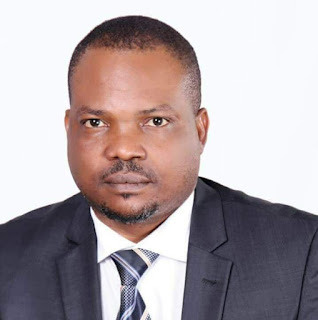 The Executive Governor of Imo State, Senator Hope Uzodimma has graciously approved the appointment of Prince Dr Henry Uzor Okafor as the Special Adviser to the Governor  on the newly created Maritime, Water Ways Security and Harbor Matters.

Until his appointment, Dr Okafor, a Crown  Prince of the Ottacheroha Royal Dynasty of Ossemoto, Oguta LGA is a  Medical Practitioner by profession, Community leader and consummate politician.

He was the former Chairman of defunct Action Congress of Nigeria (ACN) for Oguta LGA during 2011 general elections. Okafor was later appointed into the Imo State Government in  2011 by former Governor Rochas Okorocha as the Managing Director and CEO of Imo State Oil Producing Areas Development Commission (ISOPADEC)  where he successfully served between 2011 and 2015 with yet to be broken record as the youngest and longest ever served CEO of the State government owned multi billion  interventionist Agency. He was later appointed during the second tenure of the same administration as General Manager of Imo State Housing Corporation and thereafter redeployed as the Senior Special Assistant to the Imo State Governor on New City Development.

Dr Henry Okafor later joined the race for 2019 elections and eventually won primaries for federal House of Representatives position on the platform of the All Progressives Grand Alliance (APGA)  and became a major contender for the coveted position during 2019 general elections.

Being a founding member of the ruling APC in the State, Dr Okafor joined forces with other key stakeholders  of the party shortly after the general election to mobilise support for Distinguished Senator Hope Uzodimma as he fought gallantly for the  restoration of his mandate as the duly elected Governor of Imo State in the 2019 gubernatorial elections. He formed Imo Hope Restoration Movement,a political Support Group for the 3R Shared Prosperity government of Senator Hope Uzodimma.