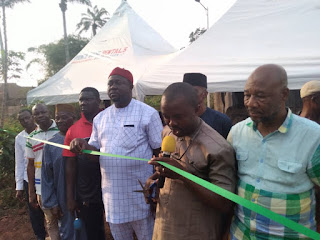 The projects, all Solar boreholes in IsuNjaba, Isu LGA; Amaokpara, Nkwerre LGA and Agbajah, Nwangele were officially handed over to the communities they are located at for their use and management.

Speaking at Isu, Chief Val Osuala a former local government Chairman stated that Hon. Ozurigbo Ugonna has removed shame from the faces of his followers.

He described the project as timely and of benefit to the community as the people cover long distances to get water.

At Nwangele, the President General of Umuduruaro Udoka Progressive Union expressed satisfaction at the speed with which the project was completed noting that it showed a sign of sincerity.

He further praised the lawmaker for his rare humility and philanthropy while thanking him for trusting their son, Mr Casmir Onuoha and retaining him as his aide.

At Nkwerre, the praises continued on the lips of Sir Anayo Mbachu, the President of Amaokpara Patriotic Union who maintained that it was the first time the community was being remembered by the government with the installation of such a project.

He asserted that the water project is most beneficial to the community and even members of nearby Orlu LGA who troop in to fetch the portable clean water.

He noted that finding water in the area is a difficult task but Rep. Ozurigbo took on the daunting task of successfully sinking a Borehole for the people.

In his final remarks he intimated the gathering that Enyioha Gburugburu has informed him of his intention to finish what is left of the Amaokpara-Amaike road.

Responding to the kind remarks, Barr Uche Dike and Hon. Onyema Agbarakwe representing the lawmaker at the events thanked the people for welcoming Hon. Ugonna with an open arm a gesture he noted is expressed in the number of votes cast for him during the election.

Continuing, they promised to inform the lawmaker of the goodwill messages and advice extended to him while charging them to ensure the project are secured from theft and are managed efficiently for the benefit of the people. 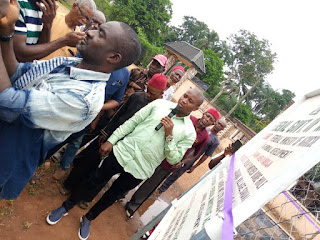 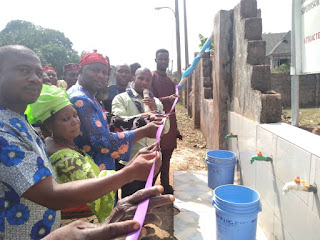