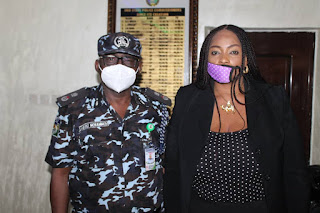 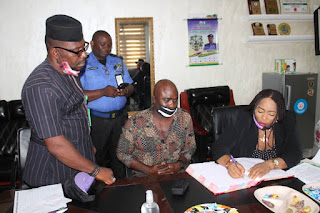 Congratulating the excos CP Nasiru Mohammed recounted the tension built up in the state capital prior to the guild elections and decried the situation where uncouth journalists use their employment in the mass media to unnecessarily create panic or instigate crisis when there is none. The CP wished the new leadership well and assured the guild of police support whenever called upon. The Commissioner of Police further expressed delight at the prospects of the guild's policy and accepted to partner with the Actors Guild chapter towards promoting policing and the Nigeria Police in Imo state.

Earlier on, leader of the delegation Chairman Nneoma Ukpabi thanked the Commissioner of Police for receiving the excos and for the roles he played to ensure there was adequate police on ground during the Guild elections. She said the pronounced security presence helped keep the elections peaceful and violence free. The AGN Chairman Lady Nneoma narrated to CP Mohammed the post-election challenges currently faced by the guild. She also explained the need to have police backing for AGN Task Force so as to effectively checkmate the activities of malfeasant elements in the industry. The Chairman introduced the new regime's social advertising and film-making policy to expose actors, project community policing, create awareness against COVID-19 and help redefine the Imo landscape.

Attached are pictures from the event. 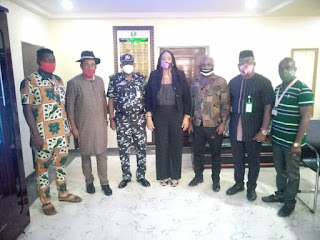 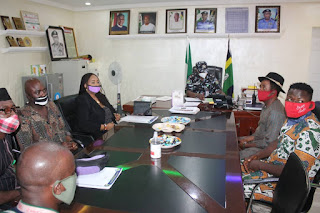