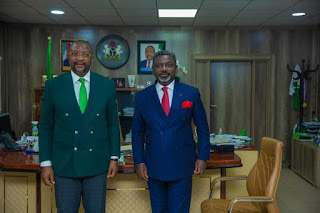 The meeting between the two leaders generated fruitful conversations on youth development in Nigeria and is expected to birth more opportunities for massive youth leadership development and economic viability for the Nigerian youth.