CHRISTIAN YOUTHS CHARGED TO GET IT RIGHT AT ALL TIMES 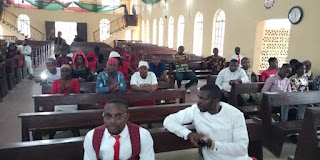 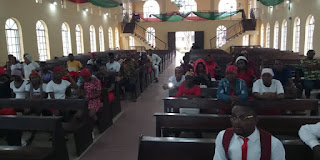 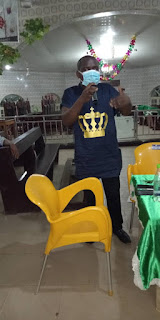 Christian faithful especially the Youths have been advised to follow the foundation laid by Christ, early believers as well as role models who have impacted positively on them.

Speaking at the one day gathering to mark this year's Valentine of the Youth Ministry of St Andrew's Anglican Church Akabo Ikeduru, Ezienyi of the Youths in Akabo Archdeaconry and the Human Resources Manager of MyRadio 101.1 FM Owerri ,Obinna Elegalam says it is possible for them to get it right at all times.

He explains to them that any short cut to success does  not last, but hardwork, dedication and absolute trust in God pays and brings happiness of the mind.

Mr. Obinna calls on them to reject negative peer pressure which may not augur well for their future ambitions. He advices Youths that joining the bandwagon of individuals led and pushed about by exuberance is an ill wind which begets unwholesome consequences.

According to Ezienyi Obinna  Youths should cultivate the habit of self discipline, being focused and setting goals for themselves early enough. This he says will guide them in determining the type of lifestyle suitable for them.

He describes it as ungodly, some indecent behaviour found among them as Christians urging them to turn a new leaf,obey those who have authority over them as well as properly channeling their grievances, when they see that  their rights have been infringed upon.

Mr. Obinna charges them to avoid social vices found in the society today which they might be tempted by. He urges them to say no to drug abuse, alcoholism, indecent dressing, playing truancy from their academic pursuits, unwanted pregnancies among others.

For his part, the Youth Leader of the Church, *Bro. Henry Ahamefule* paid glowing tributes to the Speaker and calls on him to avail them such opportunity from time to time, describing him as a real role model to Youths in the Archdeaconry.

Highlights of the session include, question and answer time, special dance, short exhortation and playlet.