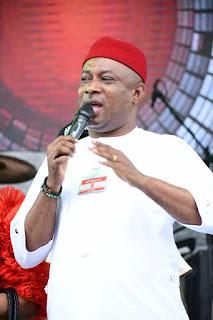 The Honourable Member Representing Ikeduru State Constituency and Majority Leader IMHA Amb Uche Ogbuagu has made a case for effective representation at all levels of government.

The Legislator made the remarks on the first interactive session and Constituency briefing for 2021, tagged  IKEDURU KWENU on MyRadio 101.1 FM Owerri.

According to the Ikeduru  born Lawmaker the era is gone, when elected representatives of the people play social media political gimmicks and go by adorable names whereas they are clogs in the wheels of progress in their various areas.

Amb. Ogbuagu explains that it is high time people who give their mandate to leaders held them responsible for their tenure of office. He describes it as against the electorate when supposed leaders of the people play on their intelligence and divert projects or dividends of democracy meant for them.

He calls on the people not to be swayed by the antics of those who hurriedly set up empowerment schemes prior to electioneering period.  Ogbuagu explains that those who engage in such acts may be highly disappointed as the people are now wiser.

Amb. Ogbuagu describes it as untrue that the Governor Hope Uzodinma led administration has ditched the Owerri-okigwe road construction given to Craneburg. He reiterates that work will soon commence once the festivities are over. He expresses confidence in the shared prosperity government to get the job done.

He reiterates his commitment to better the lives of his constituents through life touching projects in the new year. According to him, the visible projects he has achieved so far is but a little of what is to come within the year.

The Majority Leader uses the opportunity to invite all and sundry to the 11th edition of the annual gospel exposition Mbaike Alive for Christ Crusade formerly Ikeduru Alive For Christ Crusade, scheduled to hold January 8 and 9,at Mbaitoli Stadium Nworieubi and the grand finale @ Ikeduru stadium Iho.

Several callers during the programme all paid glowing tributes and praised the doggedness of the Legislator on the journey so far.