The madness that is Ogelle 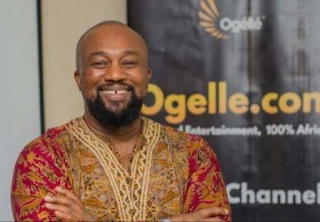 At the thick of the Endsars upheaval, I went into a lot of arguments on the way forward. Funnily I was always in a very tiny minority because of the seemingly contrarian view that the problem of the nation did not begin and end with Buhari and that it was just a convenient excuse for most of us to run and go and hide under the huge boulder that is the blame game.

Nigerians are simply very adept at shifting blames just like their leaders. For the Leadership it is corruption and for the followership it is both corruption and the leadership. These vacuous arguments always mostly end with the quip, that what we need in Nigeria is a Jerry Rawlings type of revolution where all past Leaders will be killed. The Rawlings narrative is so popular that even the motor park tout who cannot spell the name Rawlings is screaming it.

My position has always been that the followership would have to lead and arrowhead an economic renaissance that would amongst others create and deepen Private wealth which would now be used to generally galvanise the system. Government in this system will be limited to its traditional base of providing an enabling environment for private wealth to thrive. It is this private wealth that will now fund Government through an efficient taxation system while also ensuring an almost equitable share of communal resources.

To achieve this, vision-driven Nigerians willing to take the burden of entrepreneurship in his kind of climate must rise. They must be willing to persevere, under inhuman conditions to build economic structures that would create jobs, decentralize wealth creation thereby removing the tension in the quest for political power.

This is where Ogelle comes in. In the last few years young Nigerians have taken up this mantra and we are beginning to see results especially in technology, Fintech, Entertainment, Trade and services. They are building a new ecosystem that is creating jobs, redistributing wealth and contributing very significantly to the GDP. If we continue at this pace or ramp it up just a little, you will begin to see the decimation of the old traditional Faultline’s that continue to bedevil the country. The wahala in this country is the struggle for control of power thereby giving that grouping full control of Resources. This is our bane, but what I am beginning to see here is the decentralization of the control of the economy making it a perfect waste of time to go into Government since you may no longer need an Oil block to make it.

Osita Oparaugu a British-trained Lawyer and an American trained Filmmaker is part of this growing revolution trading with creative content and building a unique ecosystem that in its infancy has engaged over one hundred youths Africa wide, generated over 20,000 Afro centric creative content and pulled in over one million views in less than two years of its berthing. Going by projections from respected international analysts, the platform should be generating in excess of $20m monthly in revenues if it continues at this pace. This would dwarf very easily growth projection estimates of our economy within the same period. Ogelle is expected to also hit about 500m views within the same period solidifying its already stated positioning as the highest aggregator of African Content globally.

These figures I dare say remain conservative judging from the projected figures that I have seen. With this kind of numbers and the influence it will bring, you can now begin to imagine just were the economy would be headed post oil and the attendant effect on politics, resource allocation and the rest.

We have many of such stories in the country, Paystack being the easiest to come to mind. Daily we see start ups raising phenomenal capital from the advanced world and you begin to wonder is it not this same Nigeria that we lament that the world does not treat us well?

Goes to show that the modern-day economic mores are driven by a simple value system that is pointed towards a new source of wealth creation very far away from what our Leaders continue to pursue in an ancient and evil quest for power.

The madness of Ogelle will definitely take us out of the doldrums we have been driven into by lame leadership and an even more dire followership.