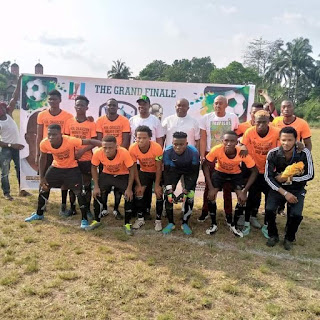 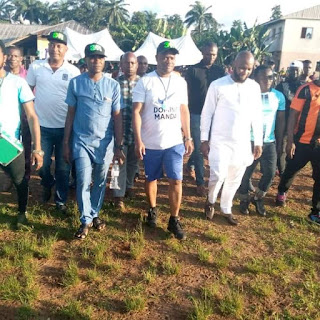 The 2020 Hon. Chigozie Nwaneri Prosperity Football Competition, for the Youths of Oru East State Constituency, has ended, but not without leaving a positive memory across the length and breadth of the LGA. 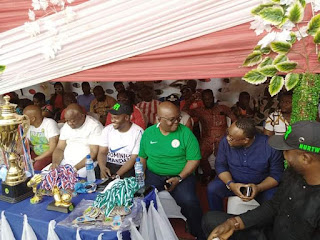 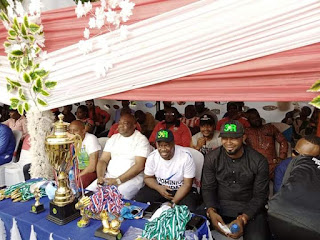 Overwhelming joy as the

the tournament lived to it's billing , which according to the sponsor, was to unite all the ten communities in Oru East, as well as harness their hidden talents as it relates to soccer.

Addressing the mammoth crowd, Hon. Chigozie Nwaneri thanked God for a successful outing, as it marked the first football competition he sponsored as the incumbent Member representing Oru East in Imo State House of Assembly.

He said as a peace loving nation, the dream of sponsoring the unity football competition was borne following the fallout of the coronavirus pandemic.

Hon. Nwaneri added that after thinking of what to do to relax frayed nerves, the thought was conceived and hatched.

He remarked that from the first day till the last day, there was neither casualties, irregularities nor infighting among the footballers.

“The football competition has afforded us the opportunity to know each other, interact with each other, and have the brotherly love deep-rooted. Again, the youths are united for a greater Oru East, regardless of party affiliation”.

Speaking on continuity, the soft spoken Oru East Lawmaker reiterated his willingness in sustaining the tempo every year.

Aside Lawmaking, he assured of organizing any program that would better his Constituents.

In furtherance, Nwaneri expressed joy that the selected Players by the Heartland FC, Owerri, would in no distant time experience the best channel, opened by the just concluded tournament.

While appreciating the love and undying support of the State Governor, Senator Hope Uzodinma, he charged all and sundry to rally round the Government in delivering the true democracy dividends, which the 3R administration is ready to render.

Reacting, the General Manager of Heartland FC, Owerri, Chief Ifeanyi Chukwudi, commended Hon Chigozie Nwaneri for having the initiative. He asserted that it was a great work, and an act associated only for Leaders with the interest of the youths at heart.

Chief Chukwudi said, due to their resolve to promoting Local talents, Heartland FC Owerri, selected the best players, in order to enable them play for the State Club, thereafter, will be flown abroad for higher Leagues after their trials.

Chukwudi charged other Politicians to emulate from the gesture awarded by the Oru East Lawmaker in empowering young hearts through soccer.

He said, “Football is a very good opportunity that helps People, through it, many get a better opportunity for self sustenance”.

The IMC Chairman of Oru East LGA, Nze Nyerere Ogbonna, thumbed up for the orderliness and one heart before, during and after the competition.

Ogbonna Congratulated the Lawmaker for organizing such a unifying competition, stressing that without laying a solid Foundation for good Governance by Governor Uzodinma, Hon. Nwaneri may not have thought out such a vibrant idea or have the enabling ground.

“It is pays to have good Governance. For ages past, such has not been seen. Chigozie Nwaneri has carved a niche for himself, and I urge others to follow suit “, Nyerere Ogbonna added.

Having admired the event, he promised to reciprocate such in his own LGA.

Captain for Team Amiri, Sunday Obi, was happy for the outcome of the exercise. He attributed Chigozie as a pace setter, adding that they have not seen such in Oru East before.

Meanwhile, the match came to an end after a tough encounter between Team Amiri and Team Awo Omamma in a penalty shootout.

Generally, all the players were adorned with medals, and respective teams were to receive monetary gifts from Hon. Chiagozie Nwaneri, as part of encouragement. 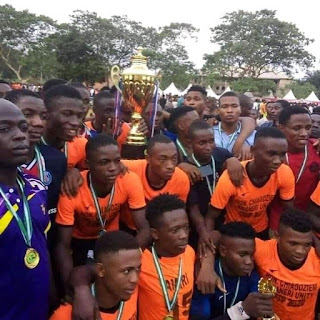 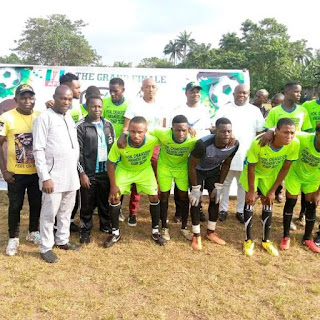 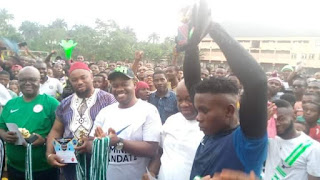 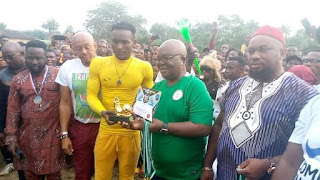 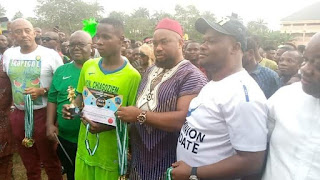 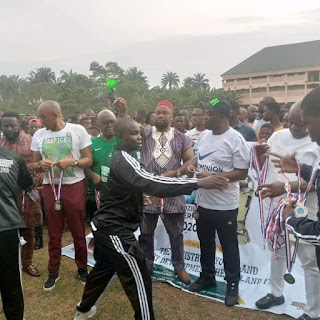