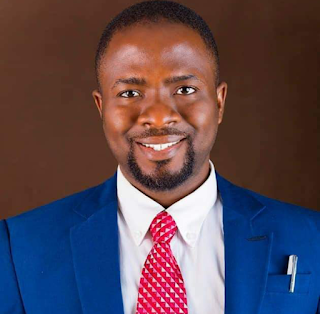 The Chief Executive Officer of popular Arise Africa Magazine, Ikechukwu Anyanwu has condemned in its entirety the wanton killings and destruction of properties by hoodlums and security agents in the wake of the heated nationwide youth peaceful #EndSARS protests that was later hijacked and call on the Federal government to give listening ear to the cries of well meaning Nigerians especially the youths who are said to be leaders of tomorrow.

Reacting more to the ugly incidents that later characterized the nationwide peaceful protests by Nigerian youths, Anyanwu who doubles as the Chairman of Imo state chapter of Online Media Practitioners Association of Nigeria, OMPAN, commiserate with the victims of the Lekki shooting and all other victims of violence including security agents who lost their lives and properties as well as those who got injured during the protests adding that he is really looking forward to an end to the whole crisis.

“We will not forget in a hurry, the ugly and sad events at the Lekki toll plaza on Tuesday October 20, 2020 and the subsequent wanton destruction of public and private assets”

Anyanwu expressed concern that the hijack of the EndSARS protests by suspected hoodlums, looters and arsonists and the chain reactions that followed is not only saddening but capable of undermining the genuine and noble agitation of the Nigerian youths.

“That incident should never have been if peaceful protesters had not been confronted with live bullets and innocent lives lost in the process.”

“Anyone who makes light of this situation is not doing the country any good. Am happy that the President in his speech said the voice of the youths has been heard loud and clear”

He also condemed the inhumane treatment and ongoing terror unleashed on the people of Oyigbo, Rivers State.

“Not quite long ago, Nigerians from all walks of life took to the streets crying out with one voice against Police Brutality yet we are witnessing brutality right now at Oyigbo, Rivers State”

“I hope our leaders are listening and looking inwards for a lasting solution. I believe it’s high time we saved the Nation by Restructuring and be Reforming not only the Nigerian Police Force but the country as a whole.”

“Let’s embrace peace, dialogue and constructively engage with authorities at all levels of government to bring about a lasting solution and an end to these crises”

“We call on the Federal Government to intervene in the ongoing killings at Oyibo Rivers State. Nigeria is our destined home before our journey here on Earth. We must as a people respect the sanctity of human life”

The Arise Africa boss noted that the mindless destruction, looting, spate of violent attacks and arson across the country underscores and brings to the front burner the urgent need for Reform.

He stressed that nation building is a collective task and all hands has to be on deck to bring about lasting solutions to the challenges and problems the country is facing.

“Government should start addressing the prevalent needs of the citizens Instead of trying to gag the press by slamming fines on the media houses that reported these incidence.