WE HAVE DECIDED TO BACK YOU UP - GOV. UZODIMMA TO PROTESTERS 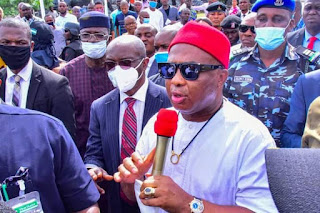 Gov. Uzodimma has commended Imo Youths on their courage to embark on a peaceful protest against police brutality. 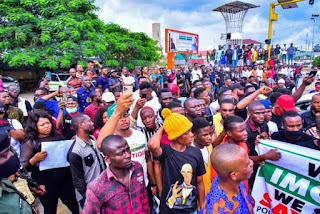 The Imo State Governor, Uzodimma who was speaking to the protesters in front of the Government House, agrees with the genuineness of their complaints and grievances, and promised that they will be addressed. 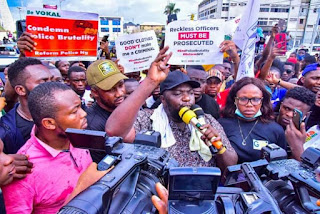 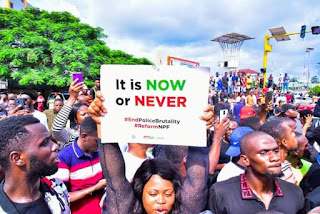 "There is no nation with its sense that will ignore the grievances of the youths, because if you ignore the youths of any Nation, you have squandered the destiny of that Nation." Uzodimma stated.

"We have decided to back you up, it is not only disbanding SARS that is the solution, this your protest has provided an opportunity for Government to look inwards and look at the activities of the Nigerian police, vis a vis their welfare..." Uzodimma stated.

Gov. Uzodimma assured them, that the matter will be taken very seriously.

"I want you also to be your own man, not to allow anybody or any POLITICAL  INTEREST TO HIJACK THIS PROTEST." Uzodimma said.

His Excellency, Senator Hope Uzodimma further assured Imo youths of creating an enabling environment where they can go about their lawful businesses without molestation by any group or persons.

Gov. Uzodimma further pointed out to the protesters that he understands that they are " not complaining of the police doing their work but saying that they should do their work according to international standard". He reassured them that he is with them on that.