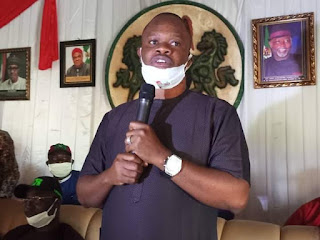 During an interactive session with Honorable member representing Oru-East State Constituency, Hon. Chiagozie Nwaneri stated that Oru East became a member of ISOPADEC on merit, he revealed that what the 9th House did was to implement the resolution of the 8th House, which demanded for the inclusion of Oru-East since it produces a large quantity of oil. Hon Nwaneri further explained that Addax Company currently mill over 4000-5000 barrels of oil in Oru-East daily.

He commended his predecessors Barr. Greg Okemili and Hon. Nkenna John Nzeruo for their efforts for the implementation.

He also thank Sen. Hope Uzodinma for his wisdom for signing it into law. Hon Nwaneri maintained that the inclusion of Oru-East was done in accordance of the provision of the law and people shouldn't play politics with it irrespective that the Governor comes from same area.