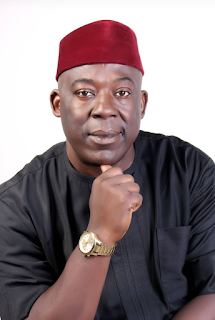 The foremost social cultural organization in Okigwe zone, Ezumezu Okigwe has appealed for credible polls for the forthcoming senatorial by-election in the zone. The President General of the organization, Hon Bathram Uwandu made this appeal while  addressing news men in Owerri, the capital of Imo State few days ago.

The Isiala Mbano born leader, highly respected for his exceptional leadership skills noted that a credible election is what Okigwe zone needed now for the emergence of her next senator stressing that such senator will face his legislative duties immediately without legal distractions.

The Independent National Electoral Commission (INEC) has scheduled the senatorial by election in Imo North for the 31st of October 2020 to replace the late Senator,  Benjamin Uwajumogu who died in active service in December last year.

Hon Uwandu expressed confidence in the electoral umpire noting that it was not going to be business as usual for those who rely on malpractice. "INEC is a credible institute and so cannot allow itself to be used for malpractice by those whose stock in trade is election rigging"

"Okigwe zone has barely two years left and therefore cannot afford to waste it through legal distractions. Hence we should ensure the right person with the popular votes emerges".