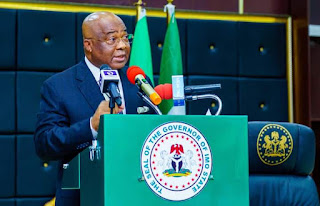 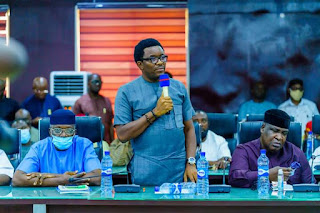 In his quest to run a transparent and people oriented Government, Governor Hope Uzodimma has held a second stakeholders meeting to intimate the Imo Stakeholders on the Governance of the state.

The Governor careful stated that the destructions and mayhem in the state are not from Imo youths but paid mercenaries from outside Imo state by Some Imo political elites who want to take undue advantage of the ENDSARS peaceful protest to make the state ungovernable.

He warns Imo youths to be cautions and remain peaceful, added that anyone caught with a dangerous weapon will be treated as an enemy of the state.

Addressing the leaders, the Imo State Governor stated that inspite of the orchestrated protests and COVID-19 pandemic, the Shared Prosperity Administration remained undaunted and focused on the goals to bequeath NDI-IMO a state everyone will be proud of.

The Governor also used the opportunity to speak on some of the achievements of his Administration.

He first stated that for the first time in the history of Imo State, 7 roads have been completed and Commissioned in 7 months with 10 more road projects currently undergoing construction.

On the area of Agriculture/ business development sector, the Imo State Governor announced that the long abandoned ADAPALM have been resuscitated as a state owned company.

He also added that the Otamiri water scheme has started pumping and supplying water after so many years of neglect.

The Governor did not fail to announce the current achievements in the Civil service which in his statement has been revived with free bus services for civil servants, new cars for permanent secretaries and judges in the state and the renovation of the civil service complex.

He however reassured that the few outstanding unpaid workers will certainly be paid as the delay of their payment is due to the discrepancies of migrating from analogue to digital system of payment.

Another milestone achievement made known to Imo leaders from all groups and areas in the state was the massive development of the healthcare in Imo State. Governor Uzodimma pointed out the 10 well equipped mobile clinics making round the rural areas to ensure efficient primary healthcare delivery to the poor and vulnerable; and the proactive response method against COVID-19 pandemic in the state that made Imo the least in active cases and deaths in the country. He further promised functional healthcare centers in all 27 Local Governments in the state by next year.

Still under the achievements of the Government in the health care sector, the state Governor expressed joy as he informed Imo Stakeholders that the National midwifery council of Nigeria has restored the accreditation of the 4 nursing and midwifery schools in the state.

"The 4 nursing and midwifery schools in Imo State are back and will soon commence training and deployment of qualified nurses and midwives to the rural areas of the state.

Imo youths were not left out in the proactive Government of Senator Hope Uzodimma as he announced that 5000 youths have been trained in different skills acquisition programs with N2billion approved for the accelerated youth empowerment programme which plans to train 500,000 youths in 2 years with start up capital and kits for every set ready for the labour market.

In the fulfillment of the determination of the Shared Prosperity Government to connect all State financial data transactions, the Imo State Government has established a world class digital center where all financial transactions in and out of the state are automated which also curbes financial frauds.

The State Governor also stated the creative new beginning in the tertiary institutions of the state, as IMSU undergoes reforms and the new University of Agriculture and environmental Sciences approved and set to hit the ground running as one of the best universities in the country.

"My beloved Imo leaders, I stacked my life and resources to liberate our State from dynasty seekers and estate grabbers. I believe that Government is about efficient and objective service delivery, that is why I have come to do just that in Imo State. I am not greedy for estates nor am I seeking for dynasty. Imo is safe in my hands" Uzodimma assures Imo Stakeholders. 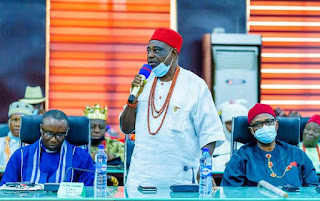 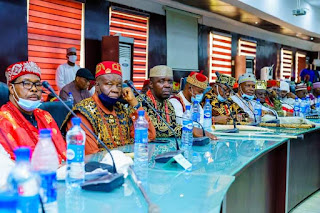 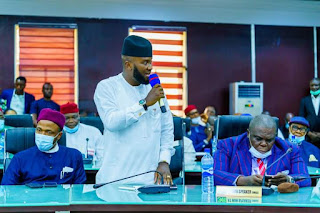 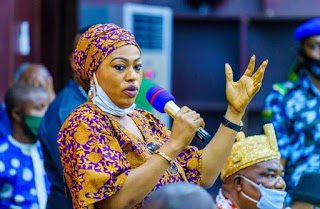 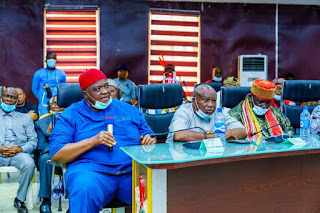