Breaking News: Trump and his wife test positive for Covid-19 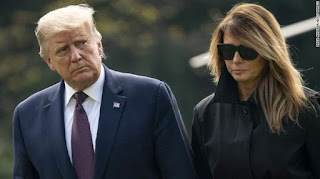 United States President, Donald Trump says he has tested positive to Covid-19 along with his wife, Melania.

The 74-year old Trump who is seeking re-election in about one month said in a tweet that “We will get through this together”. He falls within the high-risk age group.

Trump tests positive after the result of one of his closest aides, 31-year-old Hope Hicks returned positive.

White House sources say Trump and his wife are undergoing treatment for the infection at home.