Rochas Is The Most Philanthropic Politician In Africa, Arise Africa Celebrates Owelle Rochas Okorocha At 58 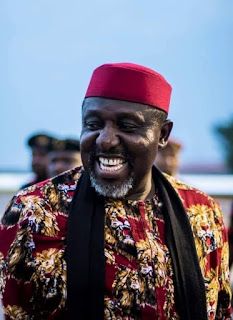 Here is wishing you many more years of happy returns as you mark your 58th Birthday.🎂

Owelle Rochas Anayo Okorocha (OON) was born on September 22, 1962 in Ogboko, Ideato South Local Government Area of Imo State. Born with neither a silver nor a golden spoon, he practically rose from grass to grace through sheer hard work, diligence, courage, determination, and the grace of God.

He began to hawk groceries in Barkin Ladi, Jos, Plateau State even before he reached his teens. At age 14, he bought his first bus. He later became a proprietor of a commercial school, made his first one million naira from a commission on sale of road construction equipment and sold fairly used cars via Cotonou in Benin Republic.

Owelle Rochas started his secondary education amidst abject poverty and privation in 1976, and by the late 1990s, he was combining education with business and public service. Today, he holds LL.B and LL.M from the University of Jos, Advanced Diploma in Public Administration, Diploma in Law and Conflicts Management, and PGD in Management

Prior to his rise to wealth and prominence, Owelle, who is currently the chairman of Rochas Group of Companies, had always prayed to God to bless him so that he would be able to bless others. So, when the wealth came, he in 1996 opened the Rochas Foundation in fulfilment of his promise to God. Rochas Foundation gave birth in 2001 to Rochas Foundation College, which today has campuses across the country, namely: Owerri and Ogboko in Imo State, Kano in Kano State, Ibadan in Oyo State, and Jos in Plateau State, also in enugu and sokoto etc, The colleges offer free qualitative education to indigent students across the country. There is also an international Campus of the school in IMO STATE named Named Rochas Foundation College of Africa(ROFOCA) housing students of African origin.

Politically, Chief Okorocha has been very active both at the state and at the national levels. A highly detribalised Nigerian who firmly believes that Nigeria’s key problem is political leadership and not ethnicity, he in 1999 represented the Ideato North and South Federal Constituency at the National Constitutional Conference which drafted the current Nigerian Constitution. He it was who introduced the feedback forum for his constituents. He also served as a federal commissioner representing Imo State in the Federal Character Commission.

In the same 1999, he won the chairmanship of the Youth Wing of the ruling Peoples Democratic Party, PDP, and later contested the 1999 gubernatorial election in Imo State but was shortchanged. He was purported to have won the election but the so-called political godfathers in Imo felt that he was not going to play card and so gave the governorship seat to Achike Udenwa.

The Federal Government of Nigeria, mindful of his management skills and latent dynamism, appointed Rochas the chairman of the board of the Nigerian Airspace Management Agency, NAMA. He was a presidential candidate in the 2003 general elections under the platform of All Nigeria Peoples Party, ANPP. He was later appointed a Special Adviser to Mr President on inter-party affairs.

Disenchanted with the day-to-day running of existing political parties, Owelle Rochas Okorocha founded the Action Alliance, AA, a mass-oriented party which aims to change the old order and chart a new course towards moving Nigeria to greater heights. Prior to the 2007 elections, however, and with the unity of Nigeria uppermost in his mind, he returned to the PDP fold and contested the party’s presidential ticket and came second behind the late President Umaru Musa Yar’Adua. He later formed a grassroots mass movement, The Agenda.

In the build-up to the 2011 general elections in Nigeria, Owelle Rochas Okorocha, dissatisfied with the way the affairs of the ruling PDP were being run, especially in his home state, Imo, decided to pitch his tent with the All Progressives Grand Alliance, APGA. It would be recalled that he was also part of the PDP Reform Group led by ex-Senate President Ken Nnamani, which earned him a suspension from the PDP in his Ideato South LGA. He was picked to fly the flag of APGA at the gubernatorial election in Imo State where he won His Excellency Dr. Ikedi Ohakim; an incumbent Governor at the national and state level. He was reelected for another four term under a stigmatized party in the Southeast called APC. 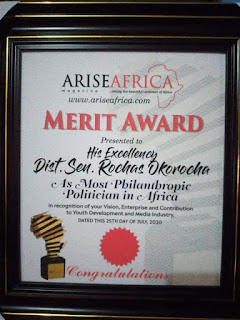 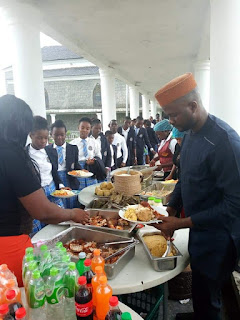 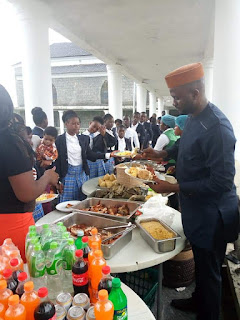