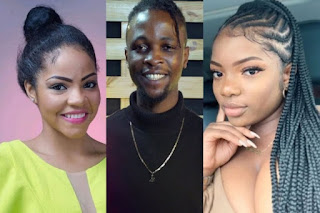 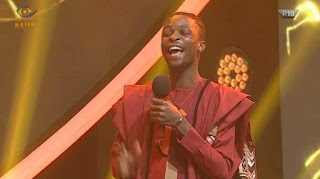 After 10 weeks of undiluted entertainment, the Big Brother Naija Lockdown season has come to a rousing end with Laycon emerging as the winner.

What started off as a stiff competition between 20 housemates ended on Sunday with Laycon – a clear favourite on the show, going home with the grand prize of N85 million (30 million cash prize, an Innoson Motors Jeep and a two-bedroom flat by Revolution Now Properties).

Before the winner was announced, viewers were treated to entertaining performances from fast-rising stars, Fireboy_dml and Rema and later, 30 Billion Gang mates, Mayorkun and Davido.

Laycon, a 26-year-old singer and rapper from Lagos is a graduate of philosophy from the University of Lagos who started his musical journey at an early age and has now emerged as one of Nigeria’s most promising new school acts.

Laycon who describes himself as being versatile and able to coin words together to soothe scenarios and moods is currently Nigeria most talked about reality star, breaking the limit to be the first big brother Naija housemate to cross a threshold of 1.2 million followers from his initial 41k in Instagram before he joined the reality television programme.

The most dismissed housemate in the beginning has triumphed his 19 other contestants to go home with the coveted price. Nigerians were said to have voted looking at his music talent and interesting story line.