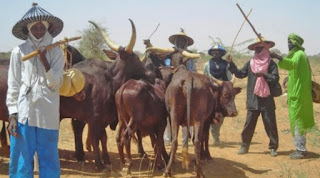 A group, Igbo National Council (INC) has warned the federal government of Nigeria against allowing Miyetti Allah Hore Kautal to commence the deployment of operatives of its vigilante group to the 36 states of the country.

The council gave the warning in a statement dated 25th August, 2020 and signed by its President, Chilos Godsent.

According to the release, the deployment would infringe on the security rights of other nationalities and will equally threaten national security.


It reiterated its stance that Miyetti Allah Hore Kautal should restrict the operations of its vigilante group within North West and North East regions to avoid clash with vigilante groups of other ethnic nationalities.


The council, however, vowed to mobilize the Igbo to resist any effort to invade Igbo communities, using the Miyetti Allah Hore Kautal vigilante group, urging the federal government to act fast.