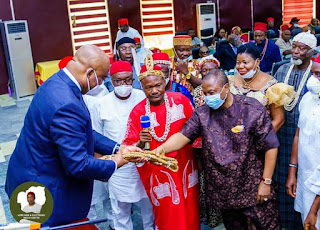 His Excellency, Senator Hope Uzodimma received leaders of Ideato Nation comprising of both ideato North and south as they drum support for the Government of Shared Prosperity.

The delegation was led by Chief Tony Ezenna to the Government House Owerri.

Gov. Hope Uzodimma in his address reassures them of the Development of Ideato Nation as it is one of his 3R Initiative to reconstruct the entire State.

Earlier, Chief Tony Ezenna stated that sometimes an inlaw can be better than a brother and all anticipation, he believes that the Governor will do better than their brother in bringing Development to the Ideato Nation. 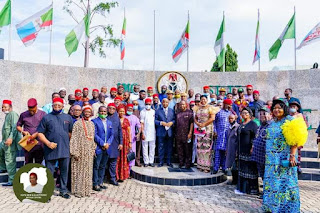 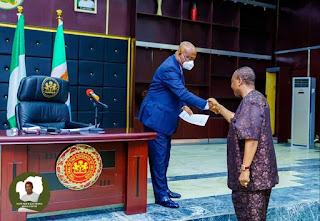 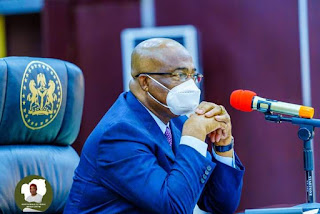 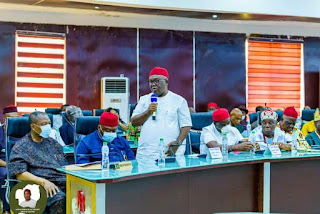