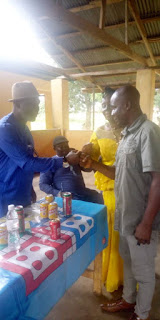 The Imo state coordinator of the Eastern Nigeria People's Assembly Hon Inno Ekweariri has reiterated that ENPA organization whose sole objective is to ensure that a credible candidate from the old Eastern region of the Country mounts the number one position in the Country are not in any competition with the Apex Igbo group(Ohaneze), but rather working in tandem to enable them achieve the set goal.

Hon Ekweariri stated this during the inauguration of the Isu local government chapter of association at Community Primary School Amandugba recently.

"I wish to make it clear that ENPA is not in competition with the Apex Igbo group, Ohaneze.

"Though we may have one mission which is to ensure that one of us is elected as the next President of the Federal Republic of Nigeria, but we can't rub shoulders with them.

"So I urge everyone to disregard any information emanating from any source , claiming that we are in a fight  for political relevance with Ohaneze.

Also speaking during the inauguration, the coordinator of ENPA in Isu local government, Hon Chinwe Iheme urged the people to embrace the group, saying that it is the platform that can be used to negotiate the rights and privileges of Ndi Igbo from the National.

"The Eastern Nigeria People's Assembly is at this time the best non political organization that can be used to pursue the Igbo cause.

"I am saying this  because of the Calibre of people who are behind this group.

"The time for an Igbo President is now and we can not miss the opportunity, given that other major ethnic groups are behind us," she concluded.

In the same vein, the coordinator of ENPA in Njaba local government area, Hon Lazarus Obinna, during the inauguration in Njaba, held at the multipurpose Hall of The Grando Hotel in Amucha, urged the people to embrace the organization and show commitments, saying that though ENPA is at it's teething period, the Organization will soon be of immense benefit to Ndigbo.

"We all know that great things are not easy to come by, ENPA is like a hurricane that will sweep through the country in no distant time, so I will advice everyone of us to key into this project and write our names in gold, for posterity to remember us for good", he concluded.

Twenty LGA executive members were inaugurated in each of the local governments, with their ward executives. 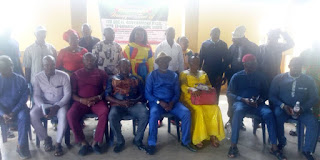 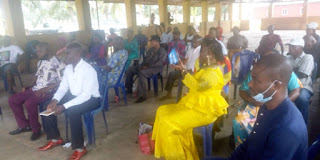 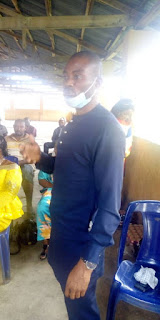