WE ARE BUILDING A FORMIDABLE APC - GOV. UZODIMMA 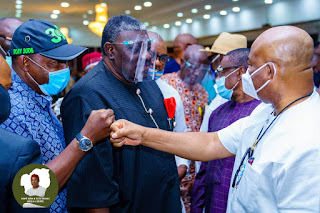 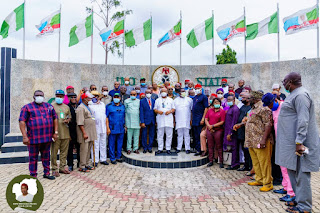 Imo State Governor, His Excellency Senator Hope Uzodimma, has expressed optimism of his administration to build a united and formidable All Progressive Congress, APC, in Imo State.

Uzodimma, stated this when he played host to  appointees of past administrations in Imo State, which includes former Commissioners, advisers,and council chairman who served under the rescue mission government of Rochas Okorocha, at Sam Mbakwe Expanded Exco Chambers Government House, Owerri, on Monday.

The Governor emphasized that the challenges before the party is too enormous, and as a National party, there is need to position it in Imo State and South East to attract more dividends of democracy.

" Rather than exclude the good thing, what's best to do is build an all inclusive APC that will take care of every interest and then stand formidable to go into elections". Uzodimma opined.

He thanked them for the visit, urging them to continue to support the Shared Prosperity Government so as to achieve the desired goals for the people.

Earlier on, the former Deputy Governor of Imo State and a Chieftain of the party, Prince Eze Madumere, called for patience on the side of the Government in accommodating all interest.

Madumere, availed that Imo State belongs to all including the Shared Prosperity Government and as members of the party there is need to show solidarity support in the development of the State.

In his speech the leader of the delegation, Rt. Hon. Jones Uzoka, emphasised that their visit is to show solidarity to the Shared Prosperity Government of Gov. Hope Uzodimma, to join hands with him in moving Imo State forward. 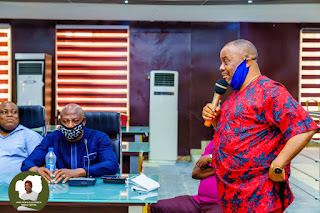 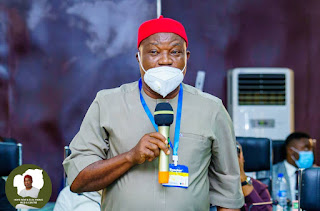 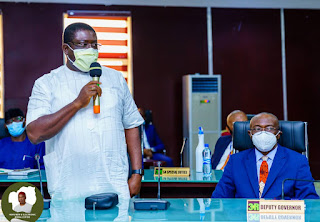