NGOs, RELIGIOUS ORGANISATION REGULATION BILL HAS BEEN SMUGGLED INTO CAMA 2020 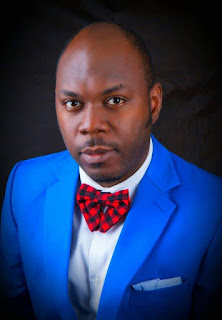 When it was announced that the presidency had passed CAMA into Law, a particular PDF document was being shared on social media about how this law would aid the ease of doing business. To my greatest surprise, after reading through the Law, it is clear that religious bodies and charity organisations that have been giving succour to the oppressed people of Nigeria (who are denied basic amenities by the huge corruption in public service) will now be strictly regulated by the whims and caprices of the Registrar General of CAC  and the Supervising Minister. 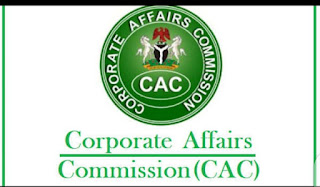 By virtue of section 839 of CAMA 2020 it provides that the commission may by order, suspend the trustees of an association and appoint an interim manager or managers to manage the affairs of an association where it reasonably believes that there has been any misconduct or mismanagement of the association, or where the affairs of the association are being run fraudulently or where it is necessary or desirable for the purpose of public interest. See section 839(1).  Subsection 2 of section 839 provides for another procedure for the suspension of trustees.  The trustees can also be suspended by an order of court  upon a petition by the commission or one-fifth of the members. However, the petitioners must present reasonable evidence or such as requested by the court.
A comparative perusal of subsections 1 & 2 suggests that, while the court requires evidence following a petition to suspend trustees, the commission simply needs to believe, to desire for some other interests disguised as public interest to suspend trustees.

Section 823 (1) recognises the appointment of trustees by a community, or persons bound by custom, religion, kinship or nationality. How then could the commission appoint a manager, who may not have anything in common with the community, to manage the affairs of the association?

Section 839(7) provides that after an enquiry into the affairs of the association, if the commission is satisfied as to the matters in subsection (1) (where you have the ambiguous and dictatorial clauses like “reasonably believes, deem it necessary or desirable, public interest.”)  it may suspend and remove any trustee.

Section 842 (2) gives the commission the power to direct transfer of credits in dormant accounts of NGOs. The banks are to inform the commission of dormant accounts of NGOs in its custody - and if after 15 days there is no satisfactory response from the association of evidence of its activities the commission may (without any judicial proceedings) dissolve an association and direct a bank to transfer monies from the association’s dormant account to another account (without a court order) . Even Efcc requires a court order to forfeit monies in accounts. This is the height of dictatorship in a country where the biggest crimes are committed by public officials.

CONCLUSION
Prof. Chidi Odinkalu had raised a red flag on similar provisions two years ago. It is now clear that this is a tactical manoeuvre to entrench the NGO Regulation Bill through the backdoor.

These provisions are pushing the nation into a dangerous terrain, in a country with palpable religious tension regarding the licensing of religious organisations in the country. This is  a country where the tax collected are not accounted for - and inquiries via the Freedom of Information Bill are usually frustrated. There are various empirical evidence to show that lives have been touched by NGOs, but there is no evidence of the utilisation of collected revenues in the lives of average Nigerians.
The freedom of association as guaranteed by the constitution is sacred and should not be tampered with in a nation like Nigeria. NGOs and religious organisations are major sources of hope for an oppressed people.

The UK Charity Commission represents a responsible government that has demonstrated integrity in the implementation of its budget and provision of basic amenities to its people. The idea of copying the jurisprudence behind the regulation of NGOs from other climes and pasting same on the CAMA 2020 is counter-productive. Our legislators need to rise above copying, to be creative and bespoke in the formulation of policies. We need to focus on the utilisation of revenue collected by government to better the lives of the people.