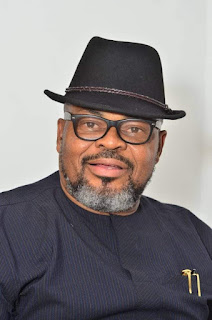 Okigwe zone has continued to suffer and stagnate as a result of poor representation in the Red chamber. Dividends of democracy has remained an illusion. If we go back memory lane, it becomes very painful to realize that the Okigwe senatorial district has never had a first class representation in the Red chamber since the inception of the present republic. That ridiculous saying that "obodo nile emepechaala, ófozie Okigwe" has continued to plague us. It has become like a curse. But deliverance is on the way. God has a surprise for us.

The good people of Imo North will sooner or later be compelled to go into another senatorial by-election as a result of the demise of Senator Ben Uwajumogu (may his soul continue to rest in peace). The political space is already heating up with all manner of aspirants from different political parties jostling to fill the vacant slot in the Senate. More are expected to join the race before the usual separation of the boys from the men will commence.

The people of Okigwe zone have had a very unfair share of the misfortune of having representatives who go to the Senate to represent themselves. The constituents who they were elected to represent are usually abandoned. We have practically had a 'deaf and dumb' representation. But enough is enough. The people of Imo North have decided that it shall no longer be business as usual. A new normal is possible in Imo North. And Chief Emmanuel Enyeribe Okewulonu (Ikeoha gburugburu) is the personification of that new normal.

The real stakeholders of Okigwe zone - the men, women and youths -  have individually and collectively decided to give their divine endorsement to Chief Emmanuel Okewulonu as their man for the Senate in the upcoming by-election. And they have sworn that their endorsement must translate to victory at the polls.

It is said that a bird that is dancing on the roadside, something is beating the drums for it in the bush. Ikeoha is not taking the lead just because he is Ikeoha. There are things that make him tick. And these are the reasons why his acceptability is widespread and cuts across political party lines within and outside the Okigwe geo-political zone. There are verifiable good reasons why every well meaning Okigwe son and daughter is supporting the Ikeoha senatorial project.

Chief Emmanuel Okewulonu is an epitome of humility despite his larger than life status. He is simply a man of the people. He is an extraordinary philanthropist who enjoys a good sleep only when he is satisfied that he has touched enough lives during the day. Ikeoha is an accomplished businessman who has excelled exceedingly in international freightforwarding. He has a very visible means of income. Our people are are no longer interested in chattered politicians who see political office as the only means of livelihood. These are the ones that will appropriate the commonwealth of the people to themselves.

Chief Emma Okewulonu has capacity, integrity and the right attitude. He believes in accountability and has pledged that constituency projects will be managed directly by the constituents. Ikeoha is not going to the Senate to make money. God has already blessed him beyond what he asked for. He is going to the Senate to prove that it is possible to lead through genuine service. He wants to make a difference by focussing on things that will improve the welfare of the people.

Ikeoha is a brand. Ikeoha is Okigwe dream that must come true. He is the best thing that will happen to Okigwe Senatorial district. Everyone must join hands to make it happen.