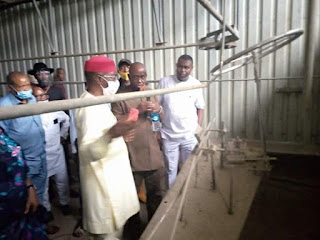 The doors of thousands of job opportunities has again been created for Imo Youths as Imo state government storms Obowo. Recall that Gov. Uzodinma since his inauguration as Governor of Imo state has continued to live up to his promises to Imolites. Gov Uzodinma on his inauguration ceremony assured Imolites that his administration will turn the fortune of the state for good. 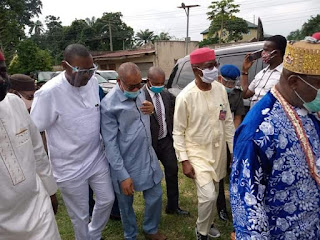 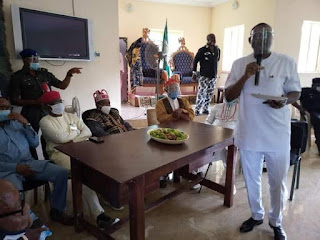 A cardinal problem facing this part of the world has been unemployment and under utilization of Human resources, No wonder Governor Uzodinma steps in to reconstruct the Moribund Avutu Poultry which has been neglected by previous Governments in the state. The farm when reconstructed will have the capacity to gainfully employ thousands of Imo Youths. This Poultry is one of the Giant strides of Late Dee Sam Mbakwe who selflessly governed the State and left a footprint that has remained indelible in the history of the State. 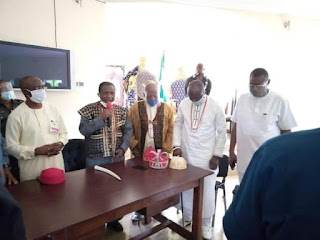 This bold step taken by the Digital Governor of Imo State has distinguished him from the former Governors who stayed and watched the potentials of Imolites unharnessed and rather used the available resources for their personal benefits.

Prof. Placid Njoku the Deputy Governor who led the high Powered team, while inspecting the Avutu integrated farm expressed sadness over the neglect of such a facility in the state by previous governments and reassured Imo people that the Farm will soon come to life again.

Dr. Fabian Ihekweme the Commissioner for Foreign/International Affairs thanked the digital Governor of the State His Excellency Sen. Hope Uzodinma for going back to the master plan of the state and noted that nobody who wants to get things right in Imo can do it without starting from where Dee Sam Mbakwe stopped.

The High Powered delegation of Imo State Government to Obowo was received by Obowo Council of Traditional Rulers, members of the Interim Management Council of Obowo led by the Chairman Sir C.C. Ihejirika and other notable leaders of Obowo.
IMO State NEWS POLITICS