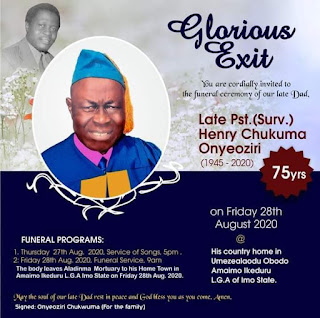 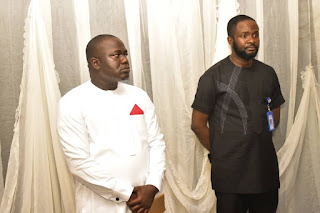 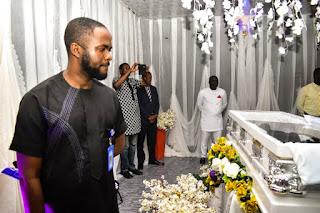 The burial ceremony of the late icon and legendary Pastor (Surv) Henry Chukwuma Onyeoziri father of Chukwuma David Onyeoziri at his country home Amaimo in Ikeduru LGA was a carnival as all facets of life endeavor were well represented in different quantom. 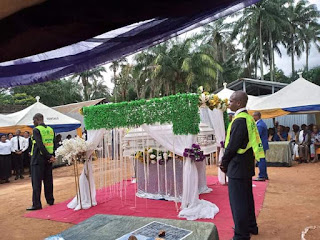 The burial service which paraded a large number of ministers of the gospel from different denomination also saw an unprecedented crowd of sympathizers who thronged  to bid the late Pastor (Surv.) Henry Chukwuma Onyeoziri a final goodbye as he embarks on his final journey back home.

The emotional event held this 28th August, 2019 include the late Patriarch's funeral service which was held at The Lords Chosen Church, Amimo, Ikeduru Imo State and the internment of his remains and reception for the mourners at the family compound

Chuks describing his late father as a very patient man, calm, firm and unwavering in the face of life's challenges

He was an Administrator and Pastor who served the Lord's vineyard in different capacities. 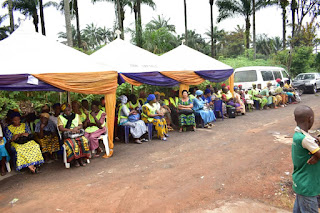 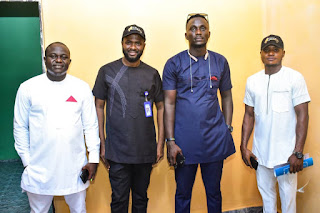 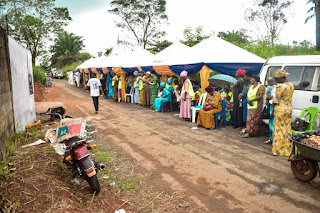 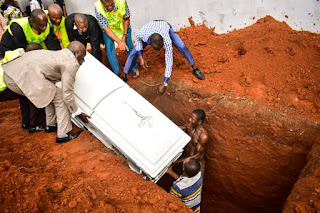 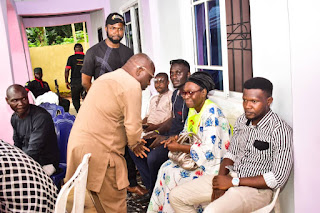