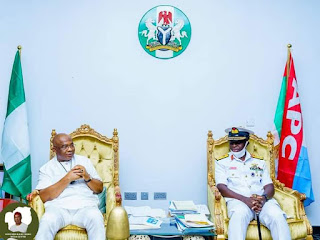 He further pledged the Support of the Nigerian Navy to Imo State government and Imolites in the fight against crime and finally put to an end, illegal Oil bunkering in Imo State.

Governor Hope Uzodimma, the pacesetter and chief host, welcomed the August visitors and commended them for their support in the fight against crime.

His Excellency further inferred that crime has drastically reduced in Imo State, as the security operatives have succeeded in busting criminal syndicates.

Present at the visit were Chief Cosmos Iwu, Secretary to the State Government, Barr. Nnamdi Anyaehie, Chief of Staff, Hon. Chinasa, S A to the Governor on Special Duties, Hon. Mrs. Nneamaka Okafor,  SA to the Governor on New and Electronic Media and members of the press. 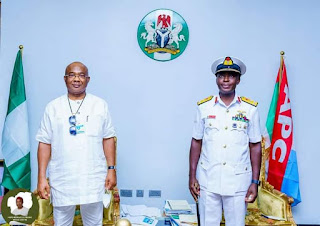 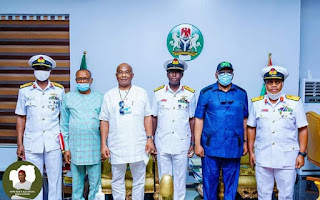 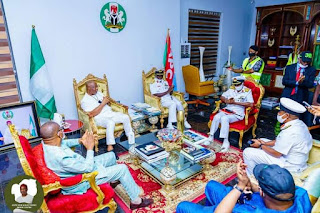