AMB. UCHE OGBUAGU DESCRIBED AS AN ICON OF DEVELOPMENT AS UMUOKORO IHO DIMEZE GETS LIGHT AFTER MANY YEARS 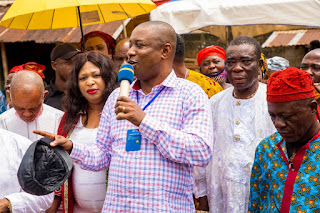 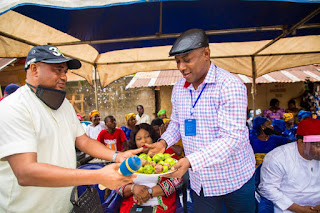 There were earth breaking shouts of joy at Iho Dimeze today during the energization of the 500KVA Transformer donated by the Honourable Member Representing Ikeduru State Constituency and Majority Leader Imo House of Assembly Amb. Uche Ogbuagu.

Welcoming the August visitor, The Traditional Prime Minister of Iho Dimeze Community in Ikeduru Local Government Area Chief Sam Akah  described The Lawmaker as a  Passionate Leader  who does  not pay lip service to the sufferings of his people as well as an icon of development. 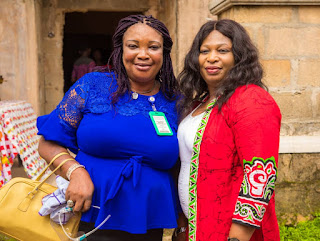 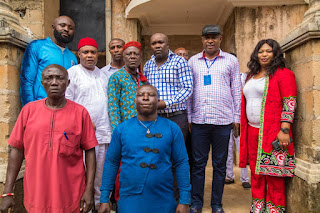 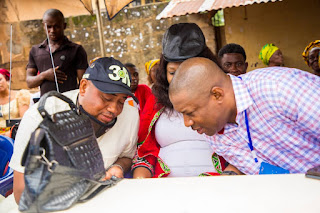 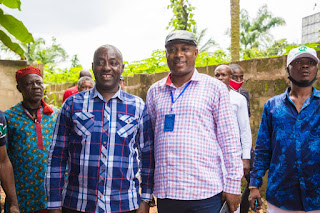 Expressing his satisfaction at the project, he praised Amb. Ogbuagu as a true image of God who declared light to be in the world which was without form and void.

He decried the activities of former representatives of the area in the legislature, who never thought it wise to remember the area which has been in darkness for over 2 years despite the fact that Iho has been the Landlord of the Local Government for over 35 years.  Chief Akah explained that by citing projects in rural areas, the Youths will be channeled  towards positivity and crime rate will be reduced. 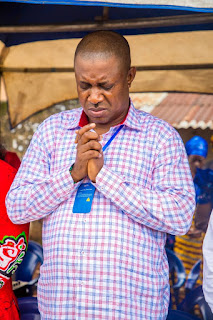 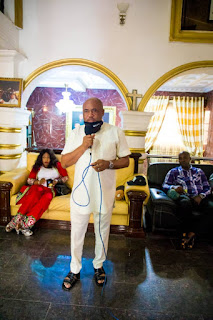 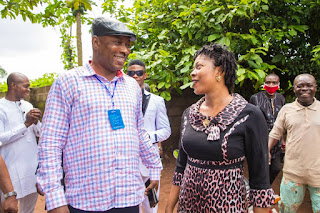 He called on government at all levels to ensure the rural dwellers benefit from the government of the day especially those whose lands were used for developmental activities.  The APC stalwart used the opportunity to call for unity and for all and sundry to rally round Amb. Ogbuagu, whom he described as leader of his words.

For his part, the  Interim Management Committee Chairman of Ikeduru Local Council, Chief Tony Jude Iwuamadi  expressed happiness that Ikeduru has a personality like Amb. Uche Ogbuagu, who has kept doing what no elected House Member  or elected official  from the area has done in terms of development.  He describes the lawmaker as a detribalized Ikeduruan, who spreads his developmental projects across board.

Chief Iwuamadi expresses satisfaction that with Amb. Ogbuagu’s representation, he is challenged to synergize with him so as to contribute his quota to the development of the area. He made a call to all APC Faithful to join hands with the lawmaker and the Governor Hope Uzodinma led administration to attract better opportunities to the area.

Others who spoke include the Councillor of the area in the Interim Local Council, Mr. Donatus Onyeanusi, the President  General Chief Bethel Iwuajoku, Lady Chioma Ubochi the woman leader, Amb. Chibuzo Oguzie, Hon Clinton Edoziem, all praised the dogged and energetic lawmaker for the 500KVA project sited in the area, assuring him that they are always behind him now and in the future. They prayed God to give him more grace to carry out best quality representation and projects in the area.

Responding to all the encomiums poured on him, Amb. Uche Ogbuagu explains that his quest to better the life of the people is beyond politics but borne out of his love for them.

He describes the electricity project as a true show of his passion for development adding that more developments will hit the area including other parts of Ikeduru. 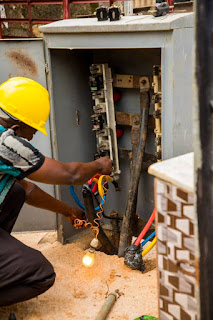 The lawmaker says as a representative of the good people of Ikeduru, he will not let them down but will always put ikeduru first as he will not shortchange the people nor divert anything that is due the area from government.

Amb. Ogbuagu praised the resilience of the Iho Indigenes and cha
ed them to always support him, the Interim Management Committee Chairman, and the State Governor  Senator Hope Uzodinma, who is determined to change the face of Imo development wise.

He urged them to also protect the installation as it will prompt him to do more for the area. He announced to the people that on August 15, he will be laying the foundation of a new Ikeduru High Court complex at Iho.

The energization of the transformer attracted the presence of the wife of the Honourable Member  and the Executive Director of MyRadio 101.1 FM Owerri, Mrs Nkeiru Uche Ogbuagu, community Leaders, the Clergy, Councilors from Ikeduru Local Council, indigenes of the area among others. 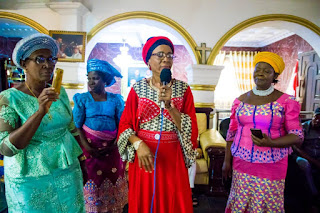 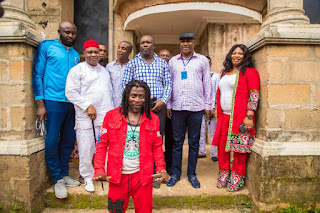 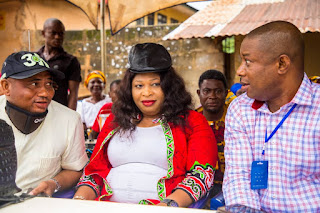 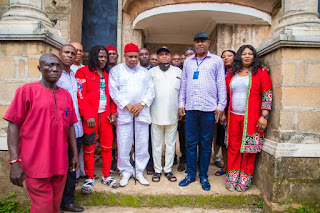