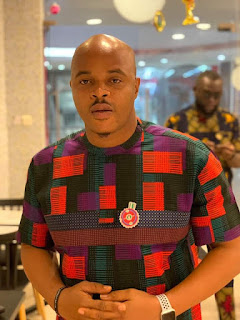 The Senior Special Assistant on Youth Affairs to Imo State Governor, Hon. Eric Uwakwe has called on bloggers to join hands in the promotion of the activities of the state government.

Hon. Uwakwe who spoke during a meeting with members of Imo State Bloggers Association said that collaboration is key to success, adding that little things achieved along the line will make up the great things at the end of the day.

He further stated that the essence of the meeting was to find a way for both parties to work together as partners in progress, adding that both parties need each other to make impact.

Hon. Eric Uwakwe also said that it is important that Imo people get to know the works of the government in the areas of youth development, adding that the government of Governor Hope Uzodinma is not ruling with propaganda and needs a partnership with bloggers to ensure that the records are always set straight for the public to see.

He cited job creation, skill acquisitions and a campaign to rehabilitate youths in crises ridden areas as well those soaked in the abuse of drugs.

"We are running a campaign that will educate and train them to be better citizens", he said.

Responding, the president of Imo State Bloggers Association ISBA, Comr. Chinedu Hardy Nwadike thanked the SSA, adding that he believes that a partnership with his office will go a long way in putting Imo State on a good light.

Comr. Nwadike stated that the meeting was timely and ISBA members are ever ready to work with the SSA on youths affairs in both promotions and human development.

"Beyond publicity, we have members who are experts in digital marketing and other areas, we will always be willing to partner with you in training and other youth development programmes", Nwadike said.

The Vice President of the Association, Adamazi Mbonu Onyi Jennifer also thanked Hon. Uwakwe, asuring  him that the association will have a wonderful working relationship wit his office and Imo State  Government at large. 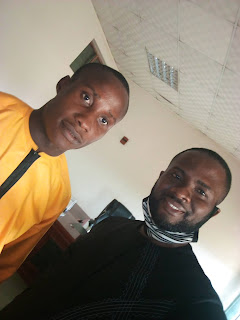