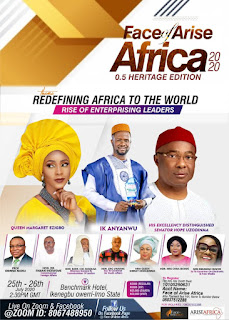 
The all-important event will take place at Owerri capital on Saturday, July 25th-26th 2020 and the Governor will also double as an Award Recipient and Special Guest of Honour.

During a visit to Government house on Tuesday 14th July 2020 to inform the Governor about the nomination, the team led by the Chairman Online Media Practitioners Association of Nigeria (OMPAN) Imo State and  Publisher of Arise Africa, was well received by the Special Adviser on Electronic and New Media to the Governor, Hon Mrs Nneamaka Okafor. 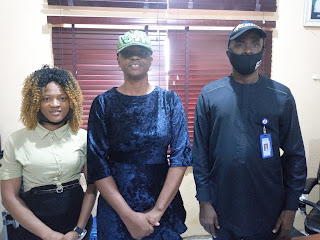 Mrs Okafor who was nominated  for Excellence In Public Service Award, thanked Imolites for  nominating her

Arise Africa Founder in his remarks noted that a world-class Imo state filled with endless possibilities is achievable.

He extolled  the visionary leadership of His Excellency Distinguished Sen Hope Uzodinmma and commended him for appointing worthy sons and daughters of Imo into his Government.

We are not surprised at the nomination because in human capital development and philanthropy, Governor Hope Uzodimma's name is already written in gold as he has touched so many lives positively and it is a well known fact that anyone that comes in contact with him has always a great testimony to give about him.
Face of Arise Africa 2020 IMO State NEWS