Dealing with Hate Speech and fake News Writing and Reporting in Contemporary Society. 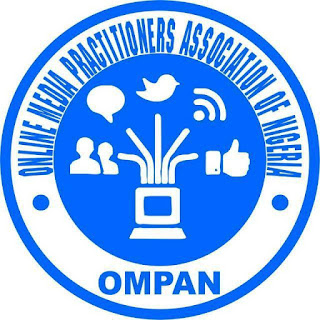 Introduction
I wish to wholehearted thank you all for giving me this opportunity to address you on this very important topic “Dealing with hate Speech and Fake news Writing and Reporting in our Contemporary Society.”

You can agree with me that this is one of the malaises threatening the very foundation of our society today. With the advent of the internet and the easy access to information dissemination and reception today, it has become a global problem. More like the Covid-19 pandemic. In my own view it is even more threatening than the Covid-19 pandemic. Therefore there could not have been any better time to discuss this topic than now. It is imperative that this issue of hate speech and fake news in our society be brought to the front burner ad be addressed by all and sundry.

The concept of hate speech and fake news
According to Cambridge Advanced Learner's Dictionary, hate speech is a “public speech that expresses hate or encourages violence towards a person or group based on something such as race, religion, sex, or sexual orientation.”

The United Nations defined it as “any kind of communication in speech, writing or behaviour that attacks or uses pejorative or discriminatory language with reference to a person or a group on the basis of who they are, in other words, based on their religion, ethnicity, nationality, race, colour, descent, gender or other identity factor.

This is often rooted in, and generates intolerance and hatred and, in certain contexts, can be demeaning and divisive. From these two definitions it can be seen that hate speech is a deliberate and calculated action that is geared to achieve some personal or sectional gain to the detriment of the receiving party.

On the other hand, fake news according to Wikipedia “is a form of news consisting of deliberate disinformation or hoaxes spread via traditional news media (print and broadcast) or online social media.”

The issue of deliberate is also imbibed in fake news according to the definition above. Fake news has so much become very popular as the use of the internet and social media increases that it was even chosen as the word of the year for 2017 by the Collins Dictionary.

The incessant killings in some parts of Nigeria are also motivated to some extent by hate speech and fake news. The tension that engulfed Nigeria with the ultimatum issued by some northern youths in Nigeria last year was palpable and was triggered by barrages of hate speech and fake news propagated by the IPOB leader Nnamdi Kanu and some Muslim fanatics from the north.

Hate speech causes distrust, tension and uncertainty in the society. The consequences are the eruption of violence, stall or complete cessation of economic activities, hatred and suspicion. Fake news causes all the above too. But one very serious consequence of fake news especially as it comes to the social media is that it reduces the credibility of respected individuals who would either help spread, act on or make comments on the fake news. Fake news has also helped diminish government influence and affected public order.

According to the United nations, “Tackling hate speech is also crucial to deepen progress across the United Nations agenda by helping to prevent armed conflict, atrocity crimes and terrorism, end violence against women and other serious violations of human rights, and promote peaceful, inclusive and just societies.”

Finally, the United Nations has warned that “addressing hate speech does not mean limiting or prohibiting freedom of speech. It means keeping hate speech from escalating into something more dangerous, particularly incitement to discrimination, hostility and violence, which is prohibited under international law.”

Conclusion
Hate speech and fake news lives with us. Its effect is destroying our society, our business, our government and our beliefs. It is not an issue we treat with kid gloves. We must tackle it head on with all the efforts we can garner. But we must thread with caution. We must tackle it discretely and tactically just as they do.