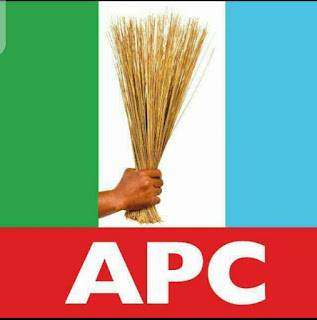 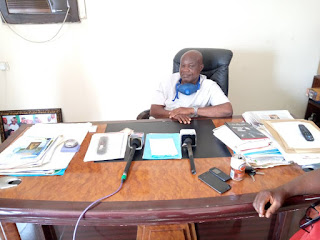 ...AS MARCON PROMISES A STRONG AND UNITED IMO APC

The leadership of All Progressives Congress (APC), Imo State chapter,  has hailed the recent judgement of FCT Federal High Court recognizing the Prince (Barrister) Marcellinus Nlemigbo (MARCON) led caretaker committee as the duly constituted officials of the party in the state.

The judgement which further granted an injunction restraining Dan Nwafor and his associates from parading and or holding themselves as officers of the party, reaffirmed Nlemigbo's led CTC as validly constituted. Recall, Nwafor and his exco, after their dissolution by the National Working Committee of the party on account of gross insurbordination and anti-party related activities, had, through one Evan Enwerem,  approached the court, and challenged the disciplinary powers of the party.

The party noted that the dissolved exco led by Nwafor, had joined another political party, Action Alliance, AA,  and vigorously campaigned and supported Mr. Uche  Nwosu, the governorship candidate of AA during the 2019 election. Nwafor and his executives equally witnessed for Nwosu in the eventual litigation arising from the governorship election up to the supreme court. The question is, if AA and Nwosu had won,  would Nwafo have today still be in APC and parading himself as the party chair?  This is an absurdity.

The party described as unbelievable that those who left the party after committing various degrees of anti-party offences will now turn around to claim leadership of the party they have not formally rejoined having lost their membership in line with article 9.5(i) of the constitution.

Consequently, the party resolved to extend an olive branch and open hands of friendship to all who have gone astray but genuinely desirous to come back home to rejoin in the task of supporting the governor and making our party greater again.

The state chairman while addressing the press expressed his sadness over the recent happenings in the party which some sections of the media have  capitalized on to brandish APC in the state as being factionalized. He regretted the extent to which some people could go in quest for power and authority and blamed such elements for being selfish and pawns in the chess game of their pay masters.

He further reiterated that his position as the chairman of the party was not in any doubt as he was the recognized person who represented the state at all national party programmes and engagements,as he reaffirmed his commitment to building a united and strong Imo APC. He however urged all relevant stakeholders to join the party's reconciliation process.

The chairman extolled the governor for his  leadership qualities and  concentration on governance in spite of obvious political distractions. He called on members of the party to support the state government's efforts in repositioning Imo to a greater heights.

Also speaking, the  commissioner of justice and attorney general of the state, Barrister COC Akaolisa, discribed the court judgement as a welcome development, insiting that it  represented a dawn of a new beginning for the party. He further described Nlemigbo as a thorough breed administrator who has the leadership capacity to rebrand and reposition the party at the state and urged members to support him.

In his own remark, the commissioner of lands, survey and physical planning, who until his appointment was the state publicity secretary of the party, Chief (Barrister) Enyinna Onuegbu noted that the NEC and all authorities of party recognized Nlemigbo as the state chairman of the party as he attended all leadership meetings of the party including but limited to the recently held NEC. He went further to inform that only last week, Marcon hosted the South East leadership of the party with His Excellency, the amiable and result driven governor, Senator Hope Uzodimma.