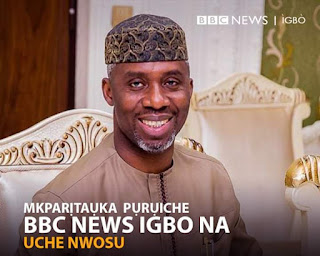 A chieftain of the All Progressives Congress (APC) and former governorship candidate in Imo State, Uche Nwosu, has commended President Muhammadu Buhari over the dissolution of the National Working Committee of the party.

Nwosu described the action by the National Executive Committee (NEC) of the party as the only panacea for peace.

He said the dissolution of the NWC had been long expected, adding that the Caretaker Committee will engender genuine reconciliation and peace in the party.

Nwosu, who spoke with selected journalists, shortly after the dissolution, said: “This is what we have been advocating, the NWC got it wrong when it assumed that it was bigger than the members of the party.

“We as founding members of the party had raised the alarm on time that the party was drifting but the NWC ignored it. I want to commend the leader of our party, President Muhammadu Buhari, for this action to save our party. It shows that he is committed to the growth and welfare of the party”.

He advised the Caretaker Committee headed by Yobe Governor, Mai Mala Buni, to hit the ground running and reconcile all warring factions and aggrieved members across the country.

“I have confidence in the leadership of the Caretaker Committee to bring true reconciliation in our party. This is healthy development that will strengthen the party ahead 2023.

I am particularly happy that Mr. President has through this single action disappointed those waiting to see the APC implode. I am glad that at last we are on the part of peace as a political party”.

He also tasked the new Committee to take urgent steps to resolve the issues that have entangled the party in Edo and Ondo states before the governorship elections to brighten the chances of the party.

The APC NEC had dissolved the NWC following the recommendation of President Muhammadu Buhari.
NEWS POLITICS