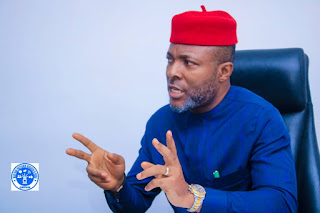 Rt. Hon. Ibeh made this known to Members of the association in Owerri on Wednesday, June 3, 2020 when they called on him at his office.

He decried the high level of fake news making rounds in society especially through the cyberspace adding that something urgent need be done to checkmate the system for a better society with credible information.

The Hon. Member frowned at the activities of some journalists who feed the public with false information, stressing that the motive of hunger,  selfish gains which seemed reasons behind the unprofessional practice need be jettisoned as it has done none any good.

Rt. Hon. Ibeh extolled members of the association for taking out time to chat a good course to fight fake news and hate speeches while encouraging them not to relent in their duties.

"I commend you for your good works; you occupy a very sensitive space in the growth and development of our society"

He urged them to always go by the rules of the profession which involves thorough gatekeeping in order to push out information that will shape society for good.

"I'm very impressed to have you all around"

"The information that is churn out now does not seem to pass through the necessary scrutiny that will refine and serve the society with what shapes the society. It seem to me that what drives the media now is hunger, and selfish interest. We have more of media practitioners who don't care about what they feed the society with; but it is possible they may care but it may be their selfish or paymasters' end"

The top ranking house member representing Obowo Local Government Area of the state advised media practitioners not to see any controversy as a way to make money but use such times to push for peaceful coexistence. 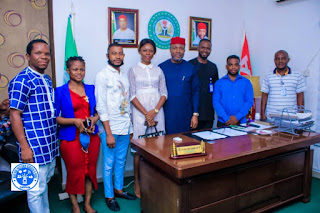 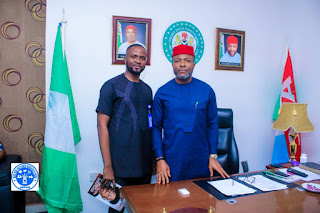 Speaking earlier in the meeting, the Chairman of Imo OMPAN,  Mr Ikechukwu Anyanwu stressed the association's burden of serving the public with factual reports hence the visit to the promising House of Assembly member. 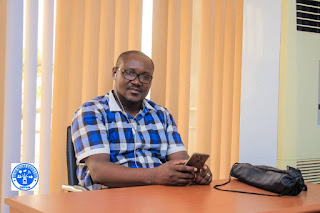 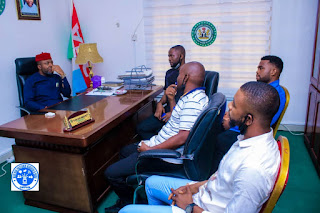