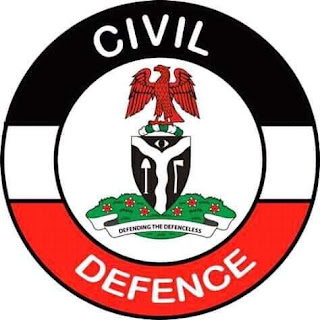 Federal High Court sitting in Abuja, has barred the Nigerian Security and Civil Defence Corps (NSCDC) and the Minister of Interior from meddling into the affairs of organisations or establishment that employ its own security guards.

This is sequel to a suit no.FHC/ABJ/CS/1301/2019, filed by Reiz Continental Hotel against Nigerian Security and Civil Defence Corps (NSCDC) and the minister of Interior.


In a landmark judgment on June 8, 2020, Justice Taiwo O. Taiwo, ruled that any person or corporate entity who employs more than one person to secure its private property must not necessarily engage the services of a Private Guard Company, as canvassed by the NSCDC and Interior minister.

The suit is challenging the propriety of the NSCDC applying the provisions of the Private Guards Companies Regulations 2018 issued by the minister of Interior, particularly Section 23 of the Regulations to individuals, who are not Private Security Guard Companies contrary to Sections 1(1), 35 and 36(3) of the Private Guard Companies Act and Section 4 of the 1999 Constitution, as amended.

The NSCDC had written to the plaintiff, sometimes in September 2019, vide a letter entitled: “Illegal Operation of Unlicensed Security Companies”, wherein it alleged that the hotel contravened section 23 of the Private Guard Companies Regulations 2018 and by extension the Private Security Guard Companies Act, because it had employed more than two persons to guard its premises, which is a private property.

The NSCDC then ordered the hotel to within two weeks sack its employees and engage the services of a Private Security Guard Company to secure its private property. The NSCDC equally threatened to apply sanctions, by sealing the premises of the hotel and arresting the staff of the hotel, if they fail to comply.

The hotel on the advice of its solicitors that the primary business of the hotel is hospitality and not private security business, therefore filed the suit which challenged the application of the Act and the 2018 Regulations to the hotel.

In concluding, the court held that in the final analysis, section 23 of the Private Guards Companies Regulation 2018 was contrary to Sections 1(1), 35 and 36(3) of the Private Guard Companies Act and Section 4 of the 1999 Constitution, as amended, and to the extent of that inconsistency is ultra vires, null and void.

The court consequently struck down the said sections, thereby rendering the actions of the minister of Interior and officers acting on his behalf, in this case the NSCDC, in threatening to seal the premises of Reiz Continental Hotel and the arrest of the hotel’s security staff illegal.

Commenting on this matter, Chief Umeh Kalu, SAN, principal counsel of Seasons Law Firm, solicitors to the plaintiff Reiz, applauded the judgment, which he said was in tandem with all the relevant laws germane to the determination of the suit. He added that the judgment was another bold intervention by the judiciary to check the recklessness and excesses of some government agencies. He further said that if the NSCDC had succeeded in sealing Reiz Continental Hotel and indeed other hotels and business enterprise in the country as threatened, it would have gone a long way in stifling private businesses, which employ more than 50 per cent of the work force in the country.

Chief Umeh said it was baffling that while bigger economies, the world over are liberalizing their economies and encouraging private enterprise amongst its citizens, thereby providing a conducive environment for doing business, government agencies in our country are rather building barriers and frustrating private investors.


He then advised corporate bodies to be alive to their responsibilities to both the State and their organizations, by rising to the occasion when the expedient, to challenge certain policies and directives of government, its agencies and organs that may be inimical to their growth, especially when those policies affront the provisions of the 1999 Constitution, as amended, and extant laws.
NEWS Nigeria