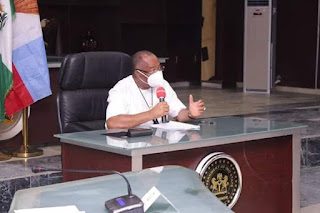 Imo State Governor, Senator Hope Uzodinma, has assured former members of the Peoples Democratic Party (PDP) who recently joined the ruling All Progressive Congress (APC) in the state that they will not be marginalized in their new party.

The governor who welcomed the defectors at the Government House in Owerri, the state capital, said they will enjoy all rights, benefits and privileges that accrue to other members of the party without any discrimination.

Former State Chairman of Imo PDP, Chief Charles Ezekwem led 10 members of the party's State Executive, 9 LGA Chairmen of the party, over five appointees in the last PDP administration in the state, and a host of other PDP members to APC.

Addressing the new APC members, Uzodinma said they made a wise decision by joining the party, adding that their defection not only strengthened democracy but also showed that the political class is uniting for the development of the state.

"Imo is a state with great potential. We can do better when we are united. The job is not for one man to do. Today has proven to us that Imo is one. The state belongs to all of us and we have one heritage.

"Nobody has decamped, you only came home. We are one family. It is good you decided to come over now, if not, I would surely have come looking for you after the coronavirus pandemic.

"I am open to working with anyone with sincerity of purpose and vision for the state. While I welcome you to APC, I assure you that no one will be marginalised. Everyone is a stakeholder. The caliber of men I have seen here today shows that APC is really the party in Imo.

He said his government was working hard to create a new Imo State.

"We want a new Imo. We will reconstruct, rehabilitate, and recover stolen properties and resources in the hands of those who raped our state.

"We know them. We will not witch hunt them, but we will at least recover some of what they have stolen from our dear state," he stated. 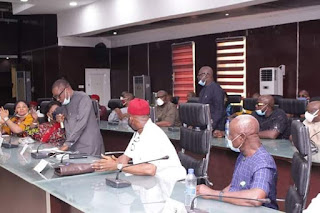 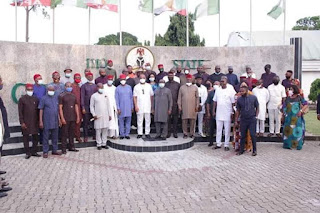