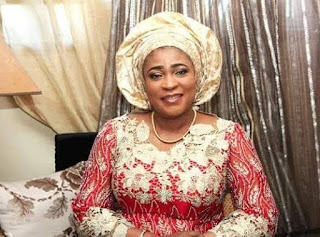 In 2014, Adanne Chidinma Uwajumogu was an active participant in the 2014 NATIONAL CONFERENCE convened by the Federal Government to chart a new direction for the nation.

Adanne Chidinma Uwajumogu who was one of the eminent Representatives from Imo State served the nation meritoriously at the 2014 National Conference as an active participant during plenary and specifically as the Deputy Chairman, Committee on Citizenship and Immigration. She was one of the few women who chaired a Committee.

As a Skilled Negotiator with extensive national contacts, Adanne Chidinma Uwajumogu ensured that several reforms were introduced and approved at the National Conference. Adanne, along with her other colleagues ensured the creation of an additional State in the South East by the National Conference which incidentally favoured the geographical conclave of Imo North Senatorial District in the new Etiti State.

The  National Assembly and the 2014 National Conference are similar institutions designed to aggregate views, opinions and proposals by its members to make Nigeria a better prosperous, peaceful and prospective society.

For Adanne Chidinma Uwajumogu, her sojourn to the   Senate of the Federal Republic of Nigeria is like stepping into familiar territory of working with distinguished Nigerians from diverse backgrounds by engaging in legislative business to make Nigeria a better prosperous, peaceful and prospective society.

It is instructive to note that most of her colleagues at the 2014 National Conference are currently active members of the National Assembly. Obviously, this will be a familiar territory.

With the valuable experience and contacts gathered at the 2014 National Conference, the legislative performance of Adanne Chidinma Uwajumogu at the Senate will be an easy walk in the park. It will be as usual another familiar territory.

There is no doubt that the candidature of Adanne Chidinma Uwajumogu will be a huge plus for the good people of Imo North Senatorial District.

With a second class Upper division (2:1) degree in Law from a prestigious UK University, (one of her many degrees), Adanne Chidinma Uwajumogu is well equipped to effectively legislate on our behalf at the Senate of the Federal Republic of Nigeria.