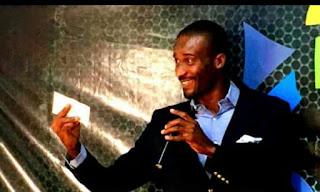 1 Samuel 17:8b-10
[8b] Am not I a Philistine, and ye servants to Saul? choose you a man for you, and let him come down to me.
[9] If he be able to fight with me, and to kill me, then will we be your servants: but if I prevail against him, and kill him, then shall ye be our servants, and serve us.
[10]And the Philistine said, I defy the armies of Israel this day; give me a man, that we may fight together.

Goliath had posed a one-on-one combat challenge morning and evening for 40 days to any brave soldier in the Israel army, and for 40 days, 80 times his challenge went unreplied, rather Saul the commander in chief and his while army were terrified.

Our combat in life's battles can either emancipate/liberate or enslave/endanger entire families, societies, nations, and even generations yet unborn.

Based on the Goliath challenge, a single Israeli soldier, confronting, combating the philistine and either of them dying while at it automatically meant slavery for his entire nation(vs9). The most painful part of it all would be that unborn children will be automatically born into slavery for no fault of theirs.

With the same token, when we don't take spiritual matters e.g.. prayer seriously, when we allow sleep, to have the upperhand, we may just be permitting the enemy to invade, attack, enslave those we're connected, related, linked to and represent; including the unborn! Because tares(poisonous herbs looking like wheat plants) were planted in a what farm when men slept(Matt.13:25). And during harvest both tares and wheat when mixed up will lead to poisoning, because tares are poisonous.

Decide to take your spirituality more seriously, place high premium on your prayer time, periodic fasts, study of God's Word, even attending worship services when you do should not be done as a casual religious ritual, but your worship should be engaged in among other benefits as weapons, an arsenal, an armoury to pull out arm when the need arises.
Don't face life casually, it results in casualties!

Know your enemy, know yourself, know your weapons, know your God, and in all battles of life you'll come out victorious, in Jesus name, amen.