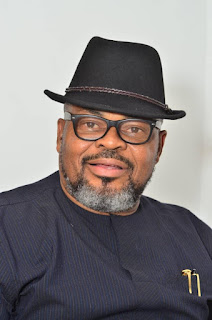 A business Mogul and philanthropist, Chief Emma Okewulonu (Ikeoha) as usual has responded to sit at home order issued by the present administration in the country by bringing relief materials to communities in Okigwe zone to cushion the effect of the sit at home order. 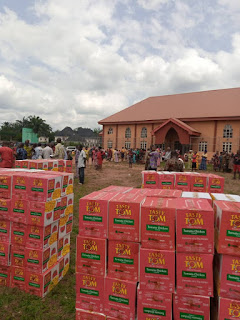 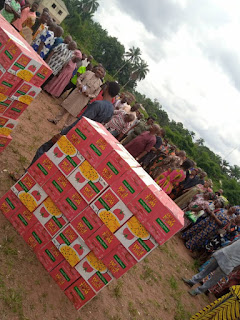 Chief Emma Okewulonu, who is a grassroot based philanthropist known across time and event has continued to support families across the zone to meet their daily challenges,  especially this time of total lockdown across the globe.

Ikeoha from history is a  known philanthropist who has distinguished himself in supporting families and homes who are in need. He is one man that has laid siege against poverty and has contributed in the development and growth of many youths across board.

Ikeoha is nicknamed "Surpriser" and till today, he is full of surprises. Very diligent and committed to human enmacipation and breakthrough through human capital development and assistance. He hates pride and cannot walk in the midst of them who lived in glass house and throw stones.

Honestly, Ikeoha has touched lives in quantum. Those he has developed and assisted are uncountable.

For me my prayer for Ikeoha and his family is rooted in Psalm 138 : 8, which says that "God will perfect that which concerneth Ikeoha".

Sir, as you have laid siege against poverty in favour of the needy, God will lay siege against those who want to stand on your way. It pays to give than to receive. Your blessings will be like that of Abraham, which his descendants are still enjoying till today.

Ride on! IKEOHA gburugburu, your dreams and expectations in this life shall come to pass. Those you have touched their lives, keep speaking of your kindness.

Bravo! IKEOHA, we are strongly behind you in this adventure of developing human race.
Coronavirus NEWS Nigeria POLITICS