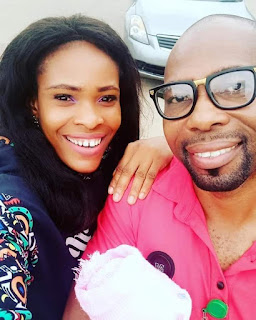 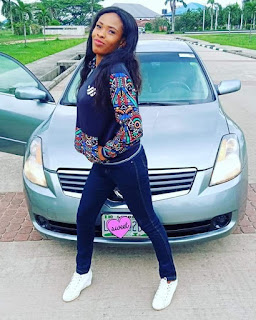 For many husbands, having the opportunity to be able to show gratitude to their wives by providing for them is the ultimate dream.

The publisher of popular newspaper platform, Igbere TV, Emeh James Anyalekwa, has set the bar high on this matter.

Emeh James decided to spoil his wife and spend big on her on her birthday which was celebrated yesterday, April 17, as he surprised his partner by buying her a new ride as a birthday present.

Mr. James, who also doubles as the National President, Online Media Practitioners Association of Nigeria (OMPAN), narrates how many ladies in his hometown rejected him due to his financial status before he finally met his ʼangelʼ who decided to be with him through his journey to success.

To appreciate his beautiful wife for being with him through his grass to grace journey, the publisher got her a new Nissan Altima.

Taking to his official Facebook handle, Mr. James wrote; “On January 1 2012, I made a new year resolution. I wanted to get married in 2015.

“Koboless, and at the time still squatting with a friend in a two rooms accommodation , based on faith, I picked a date and asked God to lead me to my bride.

“All the Igbere Spinsters I met turned down the idea of marriage, perhaps due to my penury.

“Some wanted to keep me in friends zone, some stopped picking my calls after visiting my residence for the first time.

“I told my dad and mum to forget their dream of having a daughter Inlaw from Igbere. They were disappointed but Daddy said why I didnt tell him I was ready. Few days later he introduced me to a beautiful girl, "She's an angel, I have been observing her from a distance", dad said.

“When we eventually met, we fell in love instantly, at first sight.

“Within four weeks, I proposed, and she said yes. She didn't care about my financial status. She didn't care that I was yet to get a befitting accommodation. She only asked me the plans, I told her and she keyed into it.

“She believed in me and was willing to join forces to bring our shared vision to fruition.

“Today, as the scriptures say, "he who found a good wife, obtaineth favour". Our marriage has brought FAVOUR beyond measure.

“Working together, we have achieved great successes I may not have achieved alone. We have built brands, houses, cars and every good thing that life could offer.

“Above all, God has blessed us with wonderful three kids.

“I decided to write this to encourage both young men and women who are ready to settle down but still searching. Look at the potential not the current status. Some of the greatest men and women you know today had a very humble beginning.

“This is a special birthday gift 🚗 to my sweet heart, more ahead.”
Gist OMPAN