Pray for Italy: See The Real Reason Why Covid-19 Kills More In Italy Than Anywhere Else 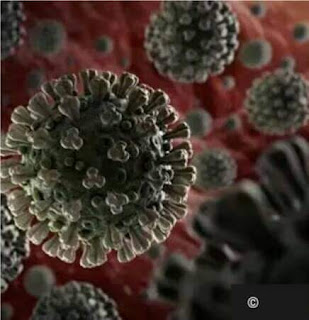 A month after the discovery of the first Covid-19 breeding ground in Codogno, a village in the province of Lodi, 50km from Milan, Italy has recorded almost 60,000 cases of the coronavirus and 5,476 deaths, after a further 651 fatalities were confirmed on Sunday.

Nightmarish numbers, which exceed those of China; it’s hard to think now that it all started with a single case.

Lombardy, the richest region in the country, is on its knees. Hospital departments and intensive care units overflow with patients with interstitial pneumonia connected to oxygen, waiting to be intubated, if space can be found for them.

The current COVID-19 morality rate in Italy stands at about 8 percent, which is higher than the global average.

According to the World Health Organisation, as of Sunday , there were 318,410 confirmed cases of coronavirus and 13,671 deaths worldwide, with the global average mortality rate standing at some 4 percent.

Italy has been the hardest-hit country since the outbreak of COVID-19 in Europe, with the highest mortality rate and the most confirmed cases in the region. Local medical analysts said there are multiple factors behind the tragic data.

Last week Thursday 427 people died in the country. On Friday, 627 patients died, the highest leap in fatalities in a single day in the country, bringing its COVID-19 death toll to 4,032, according to official statistics from Italy’s Civil Protection Department.

Local medical experts told Xinhua that factors such as untested mild cases and a high proportion of the elderly population are among the factors behind the high mortality rate in Italy.

A researcher at Department of Biomedical Sciences for Health at the University of Milan, said that many mild or non-symptomatic cases have not been confirmed due to the insufficient diagnostic capacity in the early stage of the coronavirus outbreak.

Currently, Italy has been intensifying its testing capacity steadily. According to the Italian Ministry of Health, the country had performed more than 180,000 tests nationwide as of Thursday, which are among the highest in the world.

A viral disease researcher at Rome’s La Sapienza University, agreed with Pregliasco, saying another factor is the larger elderly population in Italy.

According to a report released by the Italian National Bureau of Statistics in February 2019, Italy’s total population was about 60.39 million as of January 2019, and the population aged over 65 was 13.8 million, accounting for 22.8 percent of the total population.

Italy ranks the second in the world in terms of ageing, only behind Japan, according to the World Bank data for 2018.

Italy’s Civil Protection Department chief Angelo Borrelli repeatedly stressed at regular press conferences held in Italy that the majority of deaths were among the elderly. He provided a report on March 9, saying that about 31 percent of the deaths were aged 70-79, about 44 percent aged 80-89, and about 14 percent aged over 90.

In another report published by Italy’s Superior Institute of Health (ISS) on March 13, the statistics on deaths from the coronavirus showed that the average age of deaths in Italy was 80. If considered by age, the mortality rate of Italian patients infected with coronavirus would not be higher than that of other countries.

In addition, the ISS report said that 46 percent to 47 percent of those deaths had two to three or more other diseases. The institute pointed out that among those deaths, most cases had suffered hypertension, ischemic heart disease or diabetes before.

Director of the ISS Silvio Brusaferro said that research confirmed that the elderly and the people with other diseases are more vulnerable to COVID-19, and should be the focus of the coronavirus prevention and control effort.

Please remember the Italians in your prayers they need it more