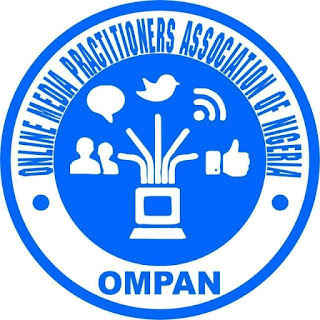 The Imo State Police Command through the Police Public Relations Officer, SP Godson Orlando Ikeoku has stated the willingness of the command to partner the Imo State Chapter of Online Media Practitioners Association of Nigeria, OMPAN and other corporate organizations in the state in order to fight fake news and abuse of social media in society. 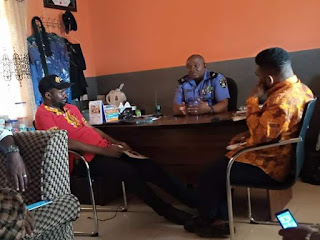 The Police Spokesperson stated this in his office while having in audience the leadership of Imo OMPAN who paid him a courtesy visit recently.

According to SP Ikeoku,  many crimes and fake news as well as hate speeches are being carried out through the social media, stressing that "Social media is a ticking time bomb"

"The problem social media will cause if we don't take time, we may not be able to manage it and it may be worst than tsunami because we are in a generation where everybody is exposed to social media even people who need it and people who don't need it and have no business with it."

The PPRO decried the unwarranted and unprofessional manner some people in the state spread rumours, fake news and panic across the state without proper verification noting that the main objective and advantages of social media has been serially bastardized, misused and abused.

"It is a serious problem that even the elderly ones and minors and all of them now have the power of social media. So that can be abused and misused especially when you have people that are in the business of pressing the alarm button when they are not supposed to"

He advised the citizens of the State to always ask questions whenever they come across voice notes, messages and other social media contents in a thorough bid to verify them before sharing, forwarding or disseminating the information.

SP Ikeoku said the command in view of the ugly trends of social media will in the year hold series of enlightenment programmes to expose the dangers as well as benefits of social media and how best the advantages can be maximized for betterment of the state and society at large.

"We from the security will in the programme educate the people on what the criminal code says about social media and the vices that comes with it. We will tell them what not to do on social media because my command wants to start arresting people that peddle fake news in the sate"

"So many of them don't know what they are doing and what the law says about it because it is a new trend,  so Imo Police Command is going to sensitize them"

"We are going to enlighten members of the public and let them know the dangers inherent in what they are doing, then we will now have a stand to arrest,  detain and prosecute or jail whoever is found wanting"

Mr Orlando Ikeoku further noted that the command is set to partner with the academia, the church and clergy, and civil society organisations so as to curb the menace of social media and find a lasting solution to fake news.

"We will partner and work with Imo OMPAN so that When we have any security issue in anywhere in the state,  we will move in as a body to arrest the situation as well as stop the news of youth restiveness all around"

"I want when we partner with you (Imo OMPAN), we can be able to redirect the mine  of general public towards making better use of the online platforms", Imo State Police Spokesperson emphasized.

Earlier,  the Chairman of Imo state chapter of Online Media Practitioners Association of Nigeria, OMPAN, Mr Ikechukwu Anyanwu commended the PPRO for discharging his duties creditably and making  sure that the image of the Nigeria Police Force is not cast in bad light by timely publications and clarification of issues of public concern.

Mr Anyanwu thanked for making out to have the association in audience as well as his willingness to partner with Imo OMPAN to fight the menace of social media, fake news and hate speech while promising that the partnership will yield expected results as the association frowns at such ugly trends in society hence the courtesy call to key into the programmes of the command.

He added that the association will always work with the command and as well participate its programmes of that will stop youth restiveness and misuse of social media. 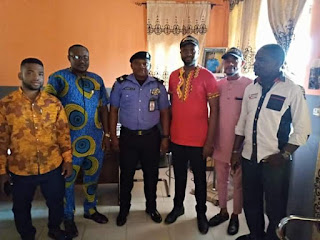