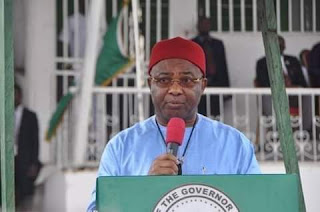 The Executive Governor of Imo State🇳🇬,
His Excellency. Senator. Hope Uzodinma has enjoined outgoing corps members in the state to be agents of change and avoid mingling with mischief makers.

The Governor who spoke on Thursday at the passing out ceremony of the 2019 Batch ‘A’ Corps Members deployed to Imo State commended all the outgoing corps members for fulfilling their service obligations to the good people of the State. 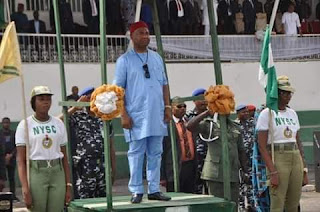 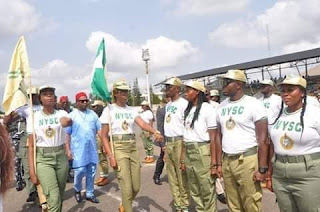 Governor Uzodinma charged them to put into use the good things learnt during the one year service into nation building and avoid acts that will jeopardize their future. 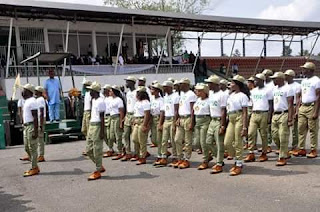 “Today, I enjoin you to avoid mingling with mischief makers, hate speech vendors and other unpatriotic elements in the country that propagate as well as indulge in terrorism, drug peddling, human trafficking and advance fee fraud as a means of livelihood. Choose your friends wisely and report any unusual movement of individuals in your locality to the law enforcement agencies for prompt action,” the Governor advised.

On some of the gains of the Scheme to the state, Governor Uzodinma noted that NYSC scheme has really recorded tremendous contributions to the growth and development of the State and Nation at large.

He said: “I must add with pride and admiration that your diligence, high sense of responsibility, exceptional determination displayed in your respective places of primary assignments, in the course of the service year has indeed contributed in no small measure to the socio – economic development of the State.”

To the operators of the scheme in the state, Governor Uzodinma tasked them to be more innovative, creative and resourceful. “I urge you to consider the idea of creating Skills Acquisition Centres with other stakeholders in the State in a bid to facilitate the training of Corps Members in viable ventures. This ideal, if rigorously pursued and sustained, will increasingly help equip and empower the Corps Members greatly during their post service years,” the Governor said.

Governor Uzodinma assured that his administration will provide the enabling environment, support as well as assistance to the Scheme at all times.

Earlier in his speech, the NYSC State Coordinator, Mr. George Eleboh said that 1800 Corps Members were to pass out of which only three corps members will have their service extended for absconding.

The NYSC boss pointed out that the period under review was tasking but rewarding as the Corps Members that served in the State left indelible marks and legacies through their community development projects in all the 27 Local Government Areas of the State.

He thanked the passing out Corps Members for successfully discharging their duties on service obligations creditably to the good people of Imo State.

Mr. Eleboh expressed confidence that the outgoing Corps Members will imbibe the virtue of discipline, honesty, humility and hard work that were inculcated in them as a guide as they occupy various positions as future leaders of this great Nation.

On the willingness of the NYSC scheme in the State to partner with the Government, Mr. Eleboh stated that Governor Uzodinma had already demonstrated his resolve to raise the bar of the scheme in the state and assured that NYSC is ever ready to collaborate with the Government especially in Health, Agriculture, Education and other areas of human endeavour.