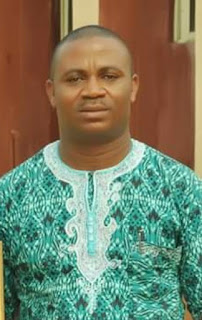 Dr Anayo Uhiara has been nominated for Awards at the upcoming Arise Africa Achievers Award.

He is one of the few Nigerians selected for this prestigious annual accolade event geared towards celebrating excellence in  Africa.

Congratulations from all of us at Arise Africa Magazine

Dr Anayo Uhiara is the 7th out of 10 Children of Late Pa Charles Nnadozie Ohahuiro Uhiara and Ma Bridget Benice Uhiara, born on the 9th day of October 1972 at Umuchima Umuosisi Obizi in Ezinihitte Mbaiss LGA of Imo State. He is married to Mrs Lois Chioma Uhiara. The marriage is already blessed with four (4) Children

Dr AC Uhiara started his education at Central School obizi Mbaise where he obtained his First School Leaving Certificate in 1985. During this period he functioned as the Class Monitor all through the classes until he became the school General Perfect. He obtained his Senior Secondary Certificate from Obizi High School in 1992. During this period in secondary school he functioned severally as the class prefect, Perfect on Special duties, Secretary Debating Society, Senior prefect and President senior Literary and Debating Society.

In furtherance of his zeal for education, he gained admission into IMO State university Owerri where he obtained B.Sc in Psychology in 1999. During this period as a pioneer student of psychology department, he functioned as the Chairman - Caretaker Committe: Chairman Electoral Committee: Chairman Constituting Drafting Committed, Secretary Fund raising Committee for the Accreditation of the Department (His HOD being the Chairman)

Dr Anayo is a leader both in nature and in training. His journey so far in life is characterized by leadership responsiblities. He has held and still holding many important positions of reaponsibility both within and outside his place of work. Amongst which included:

Dr Anayo Uhiara is a born Philanthropist . Out of his little resources, he has extended his philanthropist disposition to several individually and groups in his home town and his work place especially among some identified indigent studnets who are priveledged to come in contact with Him
In appreciation of some of these Philanthropic gestures, dedication to duty and community service. Dr Anayo Uhiara has received over 27 Awards and recognition from religious Organizations, youth bodies, community and Government

He is an author of 5 Standard text books read both in the Universities and Polytechnics in Nigeria
He has contributed papers published in both local abs international Journals and has attended many seminars, symposia, conferences and workshop where he presented scholarly Papers
Dr Anayo Uhiara is still in the process of development hoping  to be fully packaged for services of God and Humanity