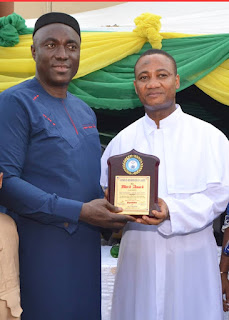 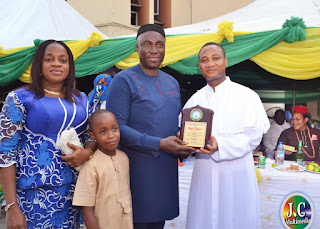 Former IMSU Alumni National President Chief Enyioha Chris Anyanwu was among the 126 awardees who were recently honoured by His Grace, Most Revd. Dr. Archbishop Adewale Martins.

The event which took place at the 11am Mass in Nigeria's first Basilica-St. Dominic Catholic Church Yaba, had thousands of Catholic faithfuls attend a high Mass which was celebrated by the Archbishop of the Metropolitan See of Lagos. 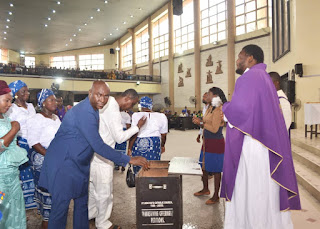 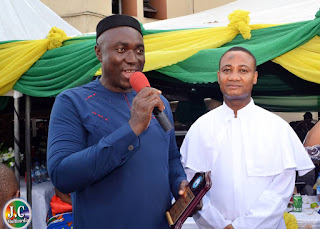 Parishioners from several parishes in the various deaneries in Lagos Archdiocese all trouped to Yaba to honour their awardees, with Enyioha Chris Anyanwu dragging parishioners from the Sacred Heart Catholic parish Ojota in the Maryland deanery to  St. Dominic Catholic Church in Yaba, Lagos.

In his homily, Archbishop Adewale Martins noted that those who bagged the meritorious award had shown exemplary attitude worthy of emulation, by supporting the development and growth of the Church at the nick of time. 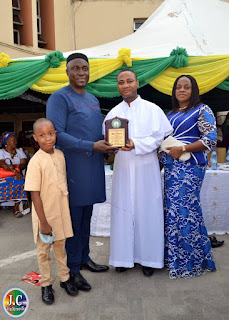 He further charged them not to relent after receiving the awards, but see the award as a stepping stone to do more for the growth and development of the Church.

From the Maryland deanery, which comprises of several notable parishes such as St. Agnes Maryland amongst others, Enyioha Chris Anyanwu who was recently honoured in his hometown (Mbaise)in December with a chieftaincy title was just one, out of the five awardees that bagged the Archdiocesan Merit award. Confirming his efforts towards development were not just limited to community but also to the Church in large.

While officially receiving the award during a reception organized for the awardees and guests, Enyioha Chris Anyanwu confirmed his support for the Church with a donation of N50,000 . Reiterating his "Never-get-tired" prospensity attitude towards the support for the good work of God's ministry.

Speculations coming from sources close to the Mbaise born business tycoon are suggesting that Enyioha who is doing some secret works with sports development is also being tipped for the SWAN award.

If indications reaching us are confirmed, Enyioha may become the first IMSU Alumnus to bag three titles, spanning
Traditional, Church and Sports within a space of 6 months. Such feat is rare amongst Alumnus from the institution. 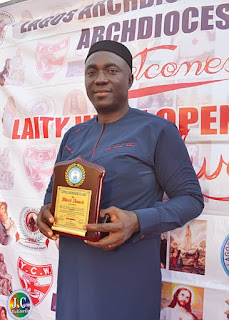 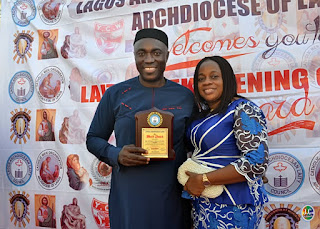