on February 26, 2020
Describes the late Senator as a man of goodwill who served humanity with fear of God. 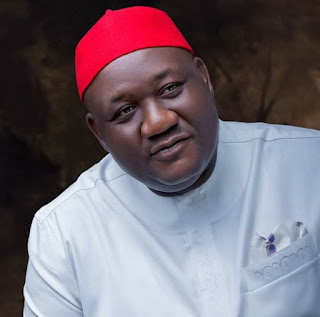 The former Federal Commissioner that represented Southeast States on Fiscal Responsibility Commission, Abuja and the forerunner of the rebuild Imo government, Barr Chris Okewulonu (Ebekuo Dike) has explained how painful the death and vacuum created by late Senator Uwajumogu will create in the life and times of his friends, associates, colleagues and family members.

Okewulonu who described the late Senator as a brother and a man of good will who served humanity with the fear of God, throughout his service on earth. Okigwe zone has lost a good man! Honestly, Senator Uwajumogu was a nationalist.

The two times SSG to the Imo state government  who was in Umuelem, Umuihi ihitte/Uboma local government on Friday 20th, February, 2020(Burial day) and on Sunday, 22nd, February 2020 was received by the late Senator's sister, Hon. Chidinma uwajumogu.

In a condolence speech delivered by Okewulonu at Saviours Evangelical Church, Umuihi, Okewulonu told whorshipers, mourners and entire uwajumogu's family to draw their hope and courage from the biblical story of late Lazarus and his two sisters (Mary and Martha) who cried without hope till the arrival of Jesus Christ, Jn. 11: 1 - 45. Jesus Christ assured them that, he is life and death, that anyone who believes in Me, though he is dead, shall live again. Okewulonu therefore added that late Ben lived a good life, though short-lived when his impact is mostly needed, but the testimonies of people who have come in contact with late Senator Uwajumogu is an indication that he was a nice man and a rare gem.

Okewulonu, however, admonished sympathizers and family members to take solace in the Lord, because with this record and testimonies of life of late Ben, he must find favour in the sight of the Almighty God on the parousia (Second coming of Christ Jesus). 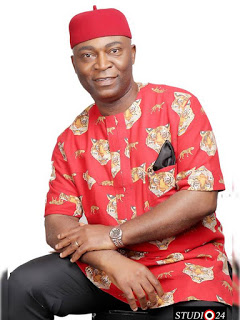 In his words Okewulonu advocates that "I'm optimistic  that Okigwe zone, Imo state and Nigeria will continue to remember the good services rendered by late Senator Uwajumogu to humanity and his contributions to the even development of Nigeria through adequate and quality representation at both Imo state House of Assembly were he was speaker and lately as distinguished senator of the federal republic of Nigeria.

May his soul find favour in our Lord Jesus Christ, amen, Okewulonu prayed.