on February 28, 2020
AS THE JAMB REGISTRAR APPROVES AND ASSIGNS OPERATION CODE TO THE CENTRE WITH IMMEDIATE EFFECT 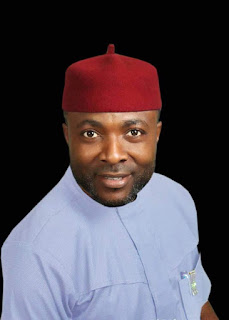 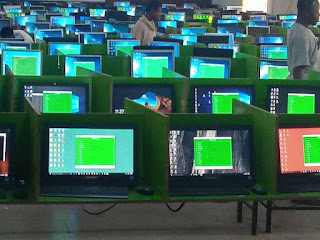 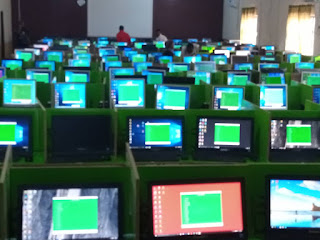 "...I shall ensure that during my time, we cease to hear that Obowo children travel to other LGAs and States to write JAMB. The risk and psychological trauma our children face going to write an exam in another's territory impedes their performances directly or indirectly. I shall do all within means to put a stop to this."

It is recalled that one of the clear promises made by the Honorable Member Representing Obowo State Constituency in the Imo State House of Assembly, Rt. Hon. Barr. Kennedy Ibeh during  his 2019 reelection campaign was to ensure he puts an end to the long voyage embarked upon by the Obowo Sons and Daughters in the bid to sit for the Joint Admission and Matriculation Board Exams every year. This promise was necessitated by the ever growing records of road mishaps, rape, falling prey to  fraudsters (popularly known as Touch and Follow or Once Chance), and their susceptibility to other social vices prevalent in the society on daily basis.

The Honorable Member had in 2018 upon construction of that Ultra Modern Solar Powered 500 Capacity ICT Centre written the JAMB Registrar on an invitation to inspect the facility for possible approvals in response to which the JAMB Officials had  visited the facility on the 4th time with proposals on some upgrade.

Consequently, the ICT Centre was furnished and equipped as the Honorable remained committed to delivering this Campaign Promises amidst difficulties.

Yesterday, the 27th day of February, 2020, the JAMB Registrar through the Director of CBT Centres conveyed approvals with the  codes for immediate commencement of JAMB Registration and examinations in the Centre. APPROVAL CERTIFICATE AND ACCESS CODE FOR THE OBOWO JAMB/CBT CENTRE WAS RECEIVED via the Centres Hub email!

This Centre which is expected to house Candidates from the Federal Constituency, as well as persons from other neighbouring LGAs and even beyond the shores of Obowo has been the prayers of many. It remains unprecedented as it is the first time an attempt towards this was made and successfully achieved. It would bring to an end the heartbreaking news of kidnapping, rape, accident, 419 victims etc of our children.

The Honorable Member, Rt. Hon. Barr. Kennedy Ibeh (Nke-Nke Enyi Obowo) deserves no less an accolade for this promise made and fulfilled.