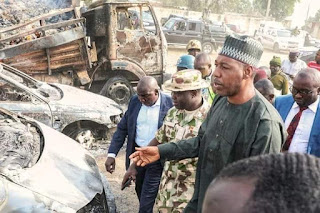 Witnesses say the victims arrived at the military checkpoint leading into Maiduguri after the closure time set by the Nigerian Army, hence the travellers were left stranded and had to pass the night in the neighbouring village Auno, with hopes of continuing their journey at dawn.

The witnesses said the terrorists raided in the dead of night, killing dozens and destroying many vehicles. 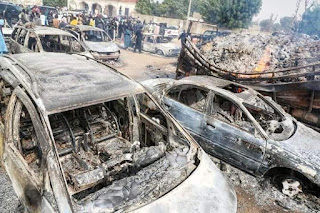 They also claimed that many persons were abducted.

Army faults travellers
In reaction to claims by the witnesses, the Head of the military counter-insurgency operation in the North-East (Theatre Commander of Operation Lafiya Dole), Maj. Gen. Olusegun Adeniyi, said the figures dished out were misleading and incorrect.

“The report that 30 people died is misleading. It is inciting and it is totally false,” Adeniyi told newsmen.

The army commander also blamed the travellers arguing that they were not attacked when the road into Maiduguri was open.

He stated that those who ply the road know that the military had set 5pm as the time for closure of the gate.

“These are people that are not supposed to be on the road and it is not only at Auno that we are having this problem,” the General stressed.

He revealed the Maiduguri/Damaturu Road would now be closed by 4pm in order to protect lives and property.

Zulum berates army
Disagreeing with the military, the Borno State Governor, Prof. Babagana Zulum fault the army’s handling of the situation in Auno.

The governor accused the army of deserting Auno after 5pm daily, saying it was this practice that gave the insurgents a chance to wreak havoc on Sunday.

He said, “We made several attempts for Nigerian Military to establish their unit in Auno, they are here in Auno but as soon as it is 5 o’clock, they close the gate, lock the people out and they go back to Maiduguri, that is what has been happening”.

The governor asked the army to ask its personnel to relocate back to Auno.

He urged the military to keep its officers at the checkpoints and ensure that they man the gate, adding that when this is done, then the government can now tell members of the community to return.

Professor Zulum noted that if the military cannot get their personnel to hold the forth at Auno, then they should speak up so his government can do something about the situation. 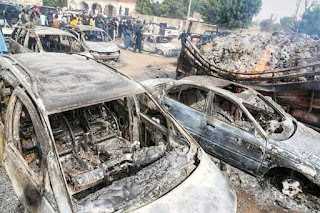 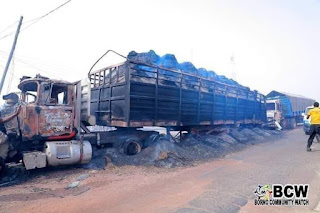