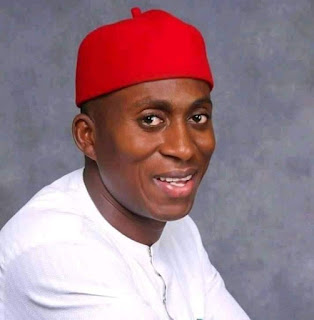 .....SAYS RE-RUN ELECTION, A TEST OF PDP'S POPULARITY.
PDP Leaders from Okigwe Zone has vowed to Return the Ranking Honorable member representing Okigwe north federal Constituency at the federal house of representative, Hon. Engr. Obinna Kingsley Onwubuariri whose Election into the house of representative were nullified following the ruling of the Tribunal and Appeal court respectfully. 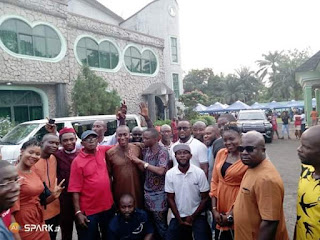 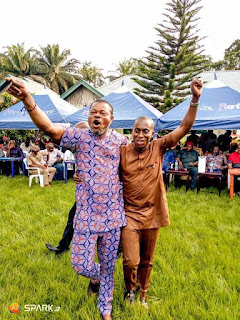 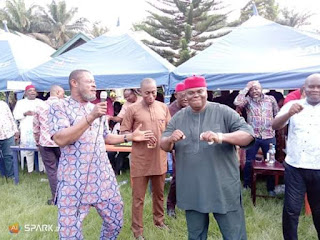 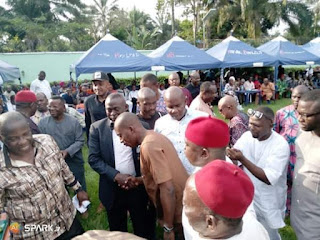 They described the forthcoming Election as a popularity test for PDP party in Okigwe zone and Imo State at large, describing as dead on arrival the plot by  other political parties to rob the Mandate that was freely given by the masses to their federal house of representative candidate during the last election.

They stressed their readiness to ensure that the PDP party and Her federal house of representative candidate Hon. Engr. Obinna Kingsley Onwubuariri coast to Victory in the forthcoming Re- Run Election.

Addressing the respected leaders from the zone, the former Governor of Imo state, His Excellency, Chief Dr. Ikedi Ohakim (Ogbujingidi) expressed satisfaction over the turn out of leaders from accros the state that came out to grace the occasion.

He described as a battle already won by PDP the 'forthcoming federal house of representative Election in  Okigwe north federal Constituency, stating that the unity that exists between the PDP party faithfuls in the the zone is so rigid for one to break.

He advised the leaders to go back to their respective wards and canvas support for PDP, averring that the people of Okigwe zone has immensely benefited from the present PDP led Government in the state, and as such needs to consolidate on the gains accruing from the Government of Rt. Hon Emeka Ihedioha, Citing that it would be a big blow for PDP should they loose the coming Election, while assuring Obinna Kingsley Onwubuariri of his unalloyed support.

In his words "My dear good people of Isiala Mbano,Onuimo and Okigwe present here today, I'm excited to be in the midst of those that love me and people that am well proud of. Regarding this coming Election in Okigwe north, I don't see any reason why any of us should entertain fears or doubt about PDP winning the election as it  affects the federal house of representative seat.

I don't see any reason why PDP should fail to deliver in this coming election having sombody like me that has the capacity to win elections. I won all my Elections with minority parties, now am in PDP Party where I have been gloriously elevated to the number 3rd citizen of state being the speaker of Imo House of Assembly, hence with more capacity.

This election should not been seen as Obinna Kingsley Onwubuariri's election but speaker's election, and I can assure you that it is going to be win win for PDP. I urge you all to go back to your boots and do the needful and Leave the matter for me, the speaker hinted.

Adding his voice also, the Deputy speaker of Imo House of Assembly Rt. Hon. Okey Onyekenma described Hon. Obinna Onwubuariri as a young and vibrant Lawmaker that should be given the opportunity to go back now as a ranking member having successfully completed his first tenure, he hinted that there are much of benefits attached to having a ranking representative, hence called on the people of Okigwe north to support Obinna Kingsley Onwubuariri.

The convener of the Meeting and the Apex leader in Okigwe zone, Chief Chinedu Chukwuonye implored the leaders to work assiduosly to deliver Hon. Obinna Onwubuariri, pinpoint that the position which Obinna occupies is the only elective position which PDP is holding in Okigwe Zone and stands as the pride of PDP in Okigwe zone.

Speaking on behalf of the Interim Management Committee Chairman of Isiala Mbano LGA Hon. (Lady) Ngozi Oguike ably represented by Hon. Emeka Ibe, described the coming Election as battle between political tigers and as such should not be treated with laxity, he assured Hon. Obinna Onwubuariri of the unalloyed support the entire IMC Chairman and members.